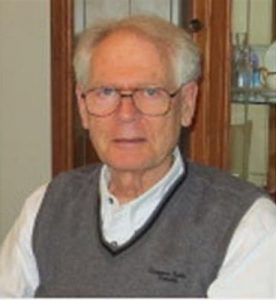 Arnold (Arne) Bowers died on January 14th in Hamilton. Those members of the Academy who were lucky enough to get a coveted spot in the Literature Into Film workshop that Arne facilitated for several years in the earlier days of the academy will remember his prodigious knowledge of the film world.  He was so gracious in his hospitality at his home where he showed the class films from his collection.  He was also known for his intricately knitted sweaters.

The published obituary can be found in the Star, https://www.legacy.com/ca/obituaries/thestar/name/arnold-bowers-obituary?pid=20365376