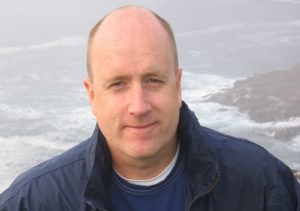 Are we in the midst of a new Cold War, or did the old one never really end? Although academics love to debate such matters, suggests Arne Kislenko, the question of the proper label is peripheral to the fact that people are dying right now as a result of great power rivalries.

The Talks Committee could not have been more prescient in choosing this topic to launch the new season of Academy Forums. Putin’s threat to use nuclear weapons in his war against Ukraine, made just last week, revives the kind of anxieties that most of us can probably remember from the 1950s and 60s. What better guide than Professor Kislenko to elucidate the circumstances that seem to be returning us to a brink long considered abandoned. A member of the History Department at Toronto Metropolitan University, specializing in International Relations, he is an engaging speaker who wears his erudition lightly. No wonder he has won numerous teaching awards.

So, what did we learn? There are now continuities and differences from the old Cold War. The potential for nuclear disaster, the abundance of proxy wars, the continuing strength of the nation state – these are very much the same as before, but in fundamental ways the world situation has changed. Ideology is no longer a battleground. The economy has become global. American power is in decline and Chinese power in assent.

According to Professor Kislenko, the recent history of Russia is a good starting point to understand where we are today. In the West, the fall of the Berlin wall and the dismantling of the USSR under Gorbachev were celebrated as triumphs. The Cold War was over. The Soviets had lost. Russians never saw it that way, but they did endure a period of economic collapse and psychological trauma as they adjusted to the loss of world power status. Under Yeltsin, ordinary people despaired of a promising future, paving the way for the emergence of Putin, a hitherto unknown bureaucrat in the state security apparatus. Putin’s grip on power has been cemented through the ruthless elimination of rivals and critics, as well as popular approval for his success in restoring Russian greatness at home and abroad. He has also been helped by the stunning ineptness of recent American leadership.

Meanwhile, China, the third great player on the contemporary world stage, continues to flex its muscles. Like Putin, Xi Jinping has courted popular support by promising to avenge past national humiliations, and like Putin, he has been assertive in extending domestic territorial claims. Still, with slowing economic growth and increasing international resistance to its aggressive insistence on playing by its own rules, China may not be as stable as it seems.

As Talks Committee Chair, Mandy Thompson remarked, in forty-five minutes, Professor Kislenko provided the equivalent of an entire university course, and he did so with brilliance, lucidity and humour. I hope he is invited back.