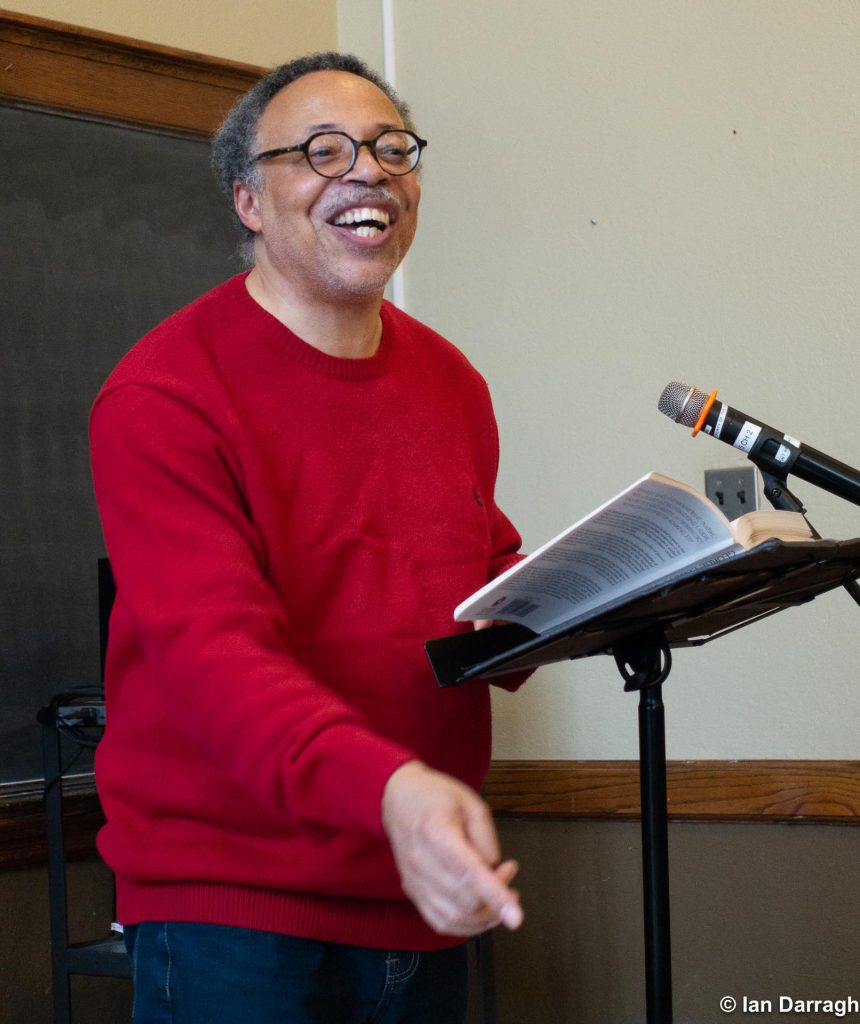 Is it fake news to write a report on an event that I did not attend?  I Googled that question and found no clear, definitive answer, so here goes!

Like many Academicians the snow, sleet and ice have kept me away from workshops and events like the February 27 Forum.  Snow and traffic reports scared me so I departed Knox right after the Iran workshop.

I had volunteered to be a Roving Reporter for the February 27 Forum, The Rap, Reading African Canadian Experiences via Poetry, with Dr. George Elliott Clarke.  Prior to volunteering I knew nothing of Dr. Clarke.  This is not unusual for my experiences at the Academy; I seem to discover regularly ‘new’ things, events, people, and ideas.  My preparation included by reviewing Dr. Clarke’s resume [e.g. Canadian Parliamentary Poet Laureate, U of T Professor, recipient of the Governor General’s Literary Award], a few of his poems, and interviews with him.   Africadia is Clarke’s name for that place wherein dwells the Black Experience in Nova Scotia: at times a real place, at times a “myth making place because of the heroism and resourcefulness of the Africadian people…who triumphed and survived enslavement by inventing their own church, their own form of English, their own salt spray…and culture” [Senate Interview. Meet GEC. Feb. 2016].  In 2018, Clarke described poets as the most dangerous intellectuals.  It would be interesting to hear Dr. Clarke’s thoughts on Kendrick Lamar being awarded the 2019 Pulitzer Prize for Music for “DAMN”.  Fellow Academicians, if you’re curious, Google that one.