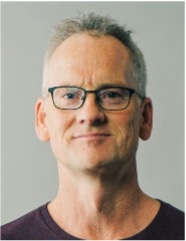 Academy members who braved an icy St. George Street for the Winter Forum on January 30, 2019 were treated to a fascinating conversation entitled Backstage at Koerner Hall with Mervon Mehta, Executive Director of Performing Arts for the Royal Conservatory of Music. During that conversation we heard tantalizing snippets about how the superb acoustics of the hall were achieved.

We had to wait until this morning to hear more details, but it was definitely worth the wait. Robert Sims, the busy Principal at KPMB Architects directly involved with the design and construction of Koerner Hall, shared his unique insights in a fascinating talk that was truly enlightening without being too technical. He gave full credit to the genius of lead acoustician on the project, Bob Essert of Sound, Space, Vision, with whom he has collaborated on several notable occasions.

We learned that a successful concert hall needs volume because music is energy and energy needs space. But the size of the hall is critical – if it is too big, sound will be lost, too small and the sound will lack fullness. The acoustics of the Musikverein in Vienna, the Concertgebouw in Amsterdam and Boston's Symphony Hall have stood the test of time and so, even today, their architectural form is worthy of study.

It is necessary to create silence before you can create sound. The concrete foundations and walls of Koerner Hall are extremely thick, to block outside sounds, with a layer of dense rubber “hockey pucks” to absorb the vibrations of passing subway trains. The inner plaster walls act as acoustical pillows and all the wooden architectural features inside the concert hall were carefully designed and calibrated to optimise the acoustics. Thick walls keep the sound in the room and carefully placed spaces enhance the fullness of that sound. There are no straight lines. Even corners have long curved planes to prevent sound loss.

We learned how sound is layered like paint and dispersed like a flock of birds, bouncing off seven principal elements: (1) the upstage wall, (2) the surface reflector, (3) the balcony fronts, (4) the side walls, (5) the corners, (6) the use of raked wood/rough plaster and (7) the high ceiling and the overarching veil of twisting strings, which dominates the hall. The balcony fronts are the earliest reflectors of sound but eventually sound bounces off every surface. The size of the strings is varied as larger features deal with lower frequencies.

The flow of fascinating information continued with a Q and A ably moderated by Clare Mian. Among other things, we learned that all the wood is oak, hand-picked logs selected for their uniformity of grain and ability to take stain well, and that the hall can be tuned by using hidden wall curtains to soften sounds when needed. Although people absorb sound, there is not much acoustical difference between a full house and a more sparsely attended event, but thick winter coats can really impair the sound quality.

Unlike the Four Seasons Centre, the heating and cooling systems   circulate from the top of the hall, providing a larger surface area to minimize noise. Concave curves are not so good in a concert hall because they tend to focus sound in one spot. There is no bad seat in the house, but Sims’ personal favourite is the centre of the first balcony, because of the wide sight lines.

Dan McCabe offered thanks on behalf of the Academy. The Talks Committee is to be congratulated on another excellent, informative speaker.