Barbie is now one of us! She officially became a senior citizen on March 9, 2019, having been invented 60 years ago by Ruth Handler, a mom living in Los Angeles whose husband owned a plastics manufacturing business.

Giovanna Riccio led Academy members on a poetic journey using the iconic Barbie doll as a lens to view how society and the role of women have evolved over the past 60 years.

We learned that Barbie remains one of the most recognized brand of toys around the world. Barbie has appeared on the cover of Time magazine and run for president of the United States six times. She earned billions of dollars for the Mattel Toy Company which marketed a vast range of Barbie clothes, accessories, books, apparel, cosmetics and video games. Barbie has starred in television specials and the Pixar films Toy Story 2 and Toy Story 3. A portrait of Barbie by Andy Warhol sold for $1.1 million.

The rise of Barbie as a cultural phenomenon in the 1960s was made possible by the invention of flexible plastics for a huge range of consumer products and the adoption of TVs in every household. Barbie was one of the first toys to have her own television advertising campaign. It is estimated that more than a billion Barbie dolls have been sold worldwide in more than 150 countries. Mattel claims that at the height of her popularity in 2012, three Barbie dolls were sold every second. Barbie came to symbolize the independent working woman of the 1960s. Sure, she had a boyfriend, but she never married Ken, and he was the subservient one in their relationship.

The poet noted that Barbie’s unrealistic body shape (exaggerated bust, impossibly small waist, thin legs and arms) has negatively influenced the body image of generations of girls and has been linked to the rise in demand for breast implants and other cosmetic surgery.

Giovanna Riccio read poems from her new book, Plastic’s Republic (Guernica Editions), which took her eight years to research and write. The title is a riff on Plato’s The Republic, appropriate for a graduate in philosophy from the University of Toronto. Riccio recounted how in her research she discovered “The North Pacific Garbage Gyre” and “The Plastic Doldrums,” an island of plastic debris the size of Texas floating in the northwest Atlantic Ocean. Many of those millions of Barbie dolls sold around the world over the past 60 years ended up in rivers, lakes and oceans, pulverized into microplastics and ingested by marine life. While the standard Barbie is only 11.5 inches tall, she has had a huge environmental and cultural impact on our planet. 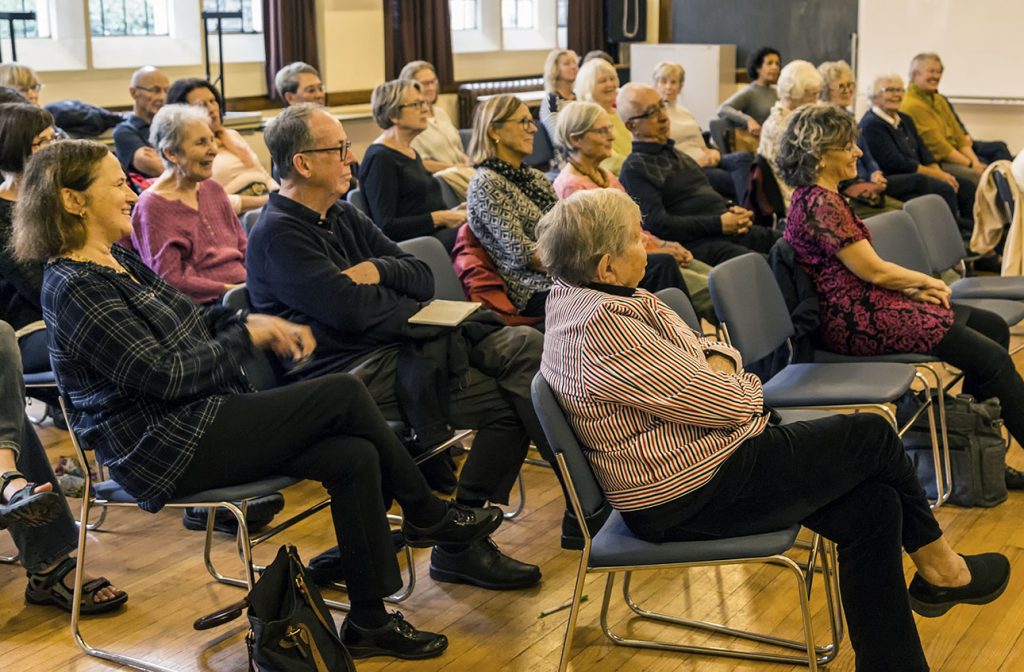