A Note From the Editor

Welcome to the Q4 issue of Academy Quarterly Review (AQR).  This completes a full year of our new format; one that marries the benefits of a digital version (for those that prefer that) with easy  access to a printable version for those who  prefer to enjoy the news that way.  AQR gives us a summary of activities from the past quarter, a peek into what's coming up,  along with a nice mix of original material.

It is important that our AQR be a reflection of the Academy membership so that it gives us the information and enjoyment that we are looking for. This is where you come in.

Welcoming the Holiday Season In Style

On Monday December 3rd the beautifully refurbished Wedgwood Room at the Faculty Club was the location of the popular annual luncheon that celebrates the midpoint in the Academy’s year, the festive season and the end of the calendar year.

President Sharon Harris welcomed a sold-out crowd of elegantly attired members and invited guests from Knox College and the School of Continuing Studies and wished everyone a happy holiday season.
Afterwards a scrumptious buffet feast (no calories!) and lively conversation was enjoyed by all. A delightful bonus this year was a short concert by Cadence, the Toronto-based, Juno-nominated, a cappella male voice quartet. The audience responded enthusiastically to the group’s talented renditions of seasonal melodies and original compositions.

Many thanks to the Special Events and Membership Committees whose hard work made the event a great success.

Member Spotlight: Getting to Know Ross and Sandra Linton

Recently I had the pleasure of sitting down with Ross Linton and his daughter, Sandra, to learn more about their unique perspective on facilitating at the Academy. More than 25 years ago, Ross attended the Academy’s initial organizational meeting and then answered the call for facilitators.

Since then, he has volunteered to lead a workshop every year, except one, and today he and Sandra are the Academy’s only father-daughter facilitating team. In those early years, Ross was working full-time as a Master of the Supreme Court of Ontario, so came to the Academy during his lunch hour. At first, he and Don Freeman co-facilitated a philosophy class. Ross was inspired by Professor Marcus Long at University College and Will Durant’s Story of Philosophy, which led him to facilitate workshops on philosophy.

In subsequent years, his eclectic choice of workshops has reflected not only his legal background and his now lifetime memberships in the Canadian Rose Society and the Churchill Society (which seeks to preserve parliamentary democracy) but also his many other interests, including Keeping Up Appearances and Words that Changed the World. By reason of his having four daughters, he is particularly interested in women’s rights and their place in history.

Women of Interest in History, which was offered in 2009, was the first workshop that Sandra attended. They remarked on the scarcity of men in that class, which surprised them. Since then, they have worked together as co-facilitators for a number of courses. Our increasing familiarity with computers has revolutionised presentations but some of the talks they still remember best did not use PowerPoint! A workshop which they both enjoyed and was quite popular was Scams and Scammers, which they may facilitate again in the future. At one memorable presentation, the class was asked by the presenter to pretend that they were going through airport security.
Ross and Sandra believe in giving members free rein to choose their own topics, provided that they fit in with the main theme of the workshop. This approach means that the workshop is full of surprises and they learn something new in every presentation. As a fellow facilitator, I commented that this lack of structure was brave, but perhaps risky. However they assure me that Academy members have not let them down.
This year, they are facilitating the Science of Happiness and are enjoying the presentations and different perspectives of the members.

Thank you, Ross and Sandra.

This year's Talks Committee presented us with a stellar lineup of Fall Forums with something for everyone:

An overflow audience of new and continuing members crowded into Room 5 for the first Fall Forum of 2018 – the ever-popular Presenting our Presenters. President Sharon Harris welcomed everyone and urged us to be inspired, but not intimidated, by the excellent presentations we were about to experience.  Indeed, all three were outstanding, in very different ways. Click here for more information about the event.

Thea Herman opened our second fall forum meeting of 2018, ‘Sing Me a Song of Canada’, presented by Robin Elliott, Jean A. Chalmers Chair in Canadian Music, Faculty of Music, University of Toronto. Professor Elliott was introduced by Jill Humphries and thanked by Bob Accinelli. Unfortunately, the technological sources were incompatible resulting in no visuals during the talk; however, Professor Elliott’s enthusiasm, clarity, knowledge of his subject and melodious singing voice kept the audience totally absorbed. He even managed to encourage some of the braver souls to sing the Canadian songs along with him. Click here for more information about the event.

Forum #3 - A Fascinating Tour Of The Universe

The Forum on October 31 treated us to a visual extravaganza of pictures from space, thanks to Tom Vassos, University of Toronto and Member of the Royal Astronomical Society of Canada. Tom, an enthusiastic and knowledgeable presenter, says he is inspired by Albert Einstein, Stephen Hawking, and Carl Sagan, among others, and quotes Sagan who said:

”Somewhere, something incredible is waiting to be known.”

Our speaker, George Davies has been involved in transportation for many years, several as Ontario’s Deputy Minister of Transportation in the 1990s.

First he disabused us of the idea (held by many) that politicians have no business in the planning of transportation, by pointing out that without financing, political will and public acceptance, nothing would get planned or built. He also pointed out (citing the building of Hwy 407) that projects managed by private business have a much better record of delivering on time and without cost overruns than do quasi-government bodies such as the TTC. Click here for more information about the event.

There is nothing like a debate on a thought-provoking topic to get brains buzzing, ideas sprouting and an audience completely engaged. That was the scene at Knox for our last Fall Forum as we gathered for the Academy debate – Be it resolved that the 21st Century Belongs to China.

Providing the insight and information were four very able Academy members – On the Pro side – Pat MacDonald and Linda Tu; on the Con side – Brian O’Leary and Beth Davey. The discussion was expertly managed by practiced moderator Ernie Fallen.

We started the debate with 33 for, 12 opposed, and 10 undecided, but all attendees were eager to hear a spirited discussion that might sway their opinions. 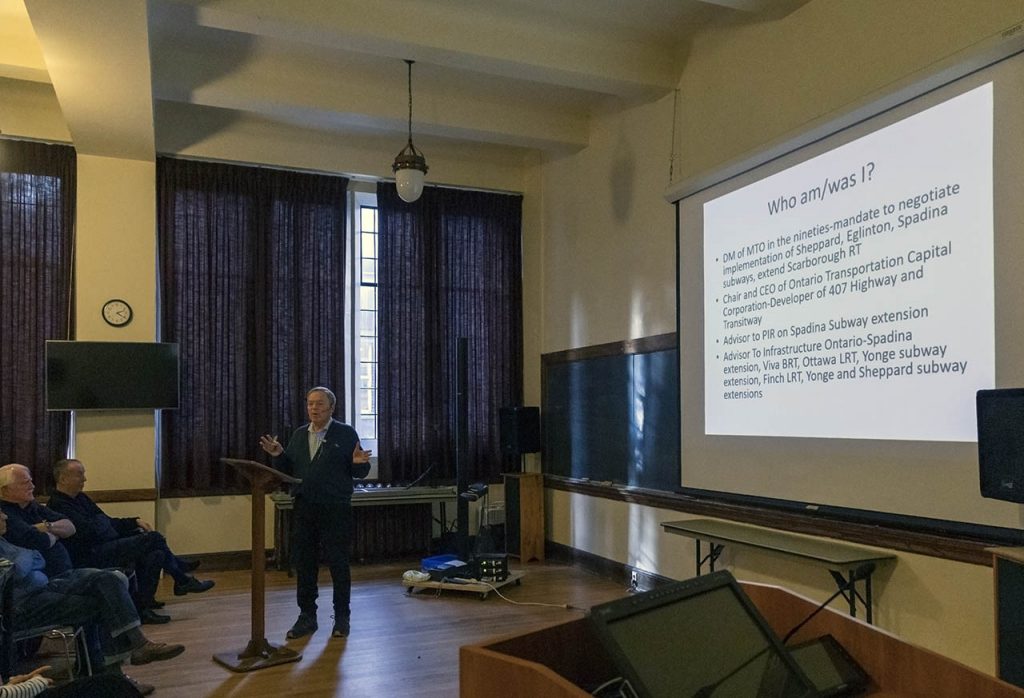 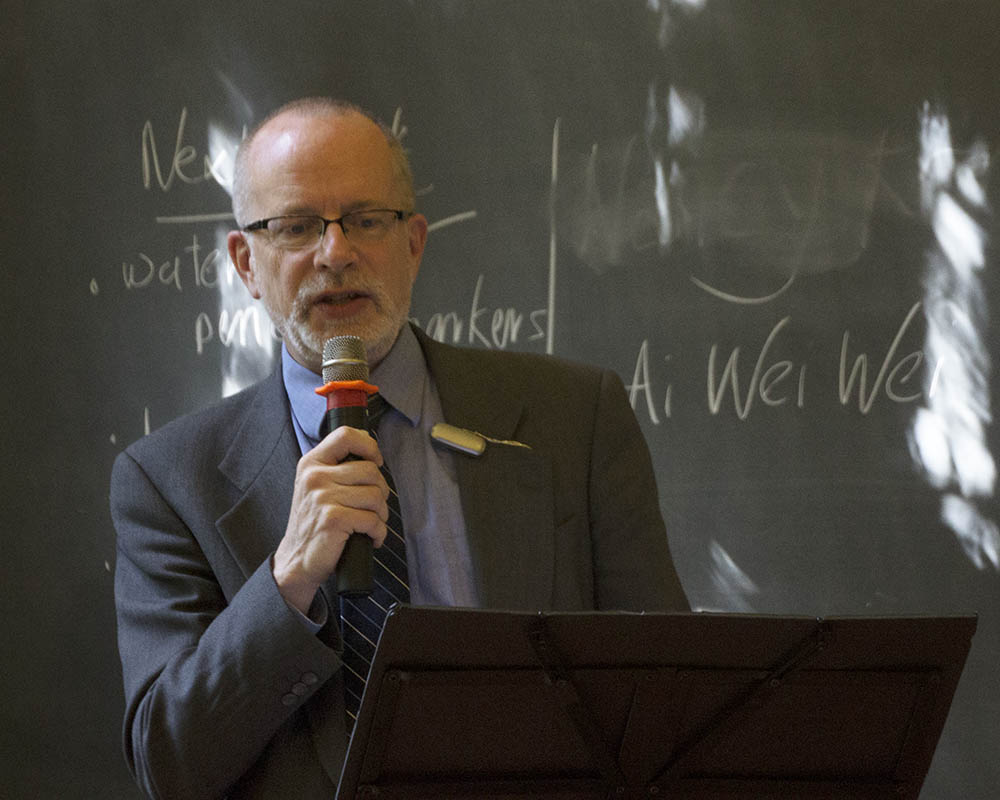 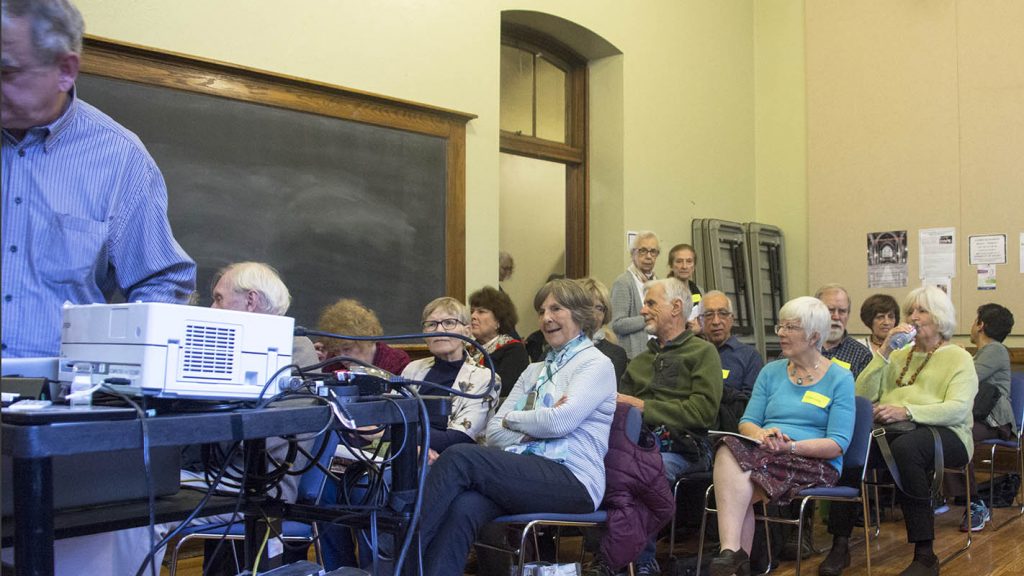 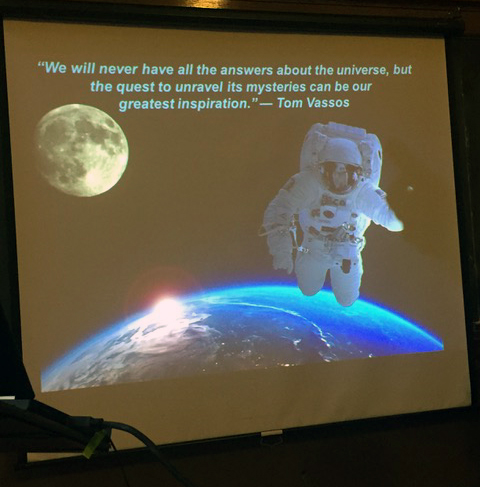 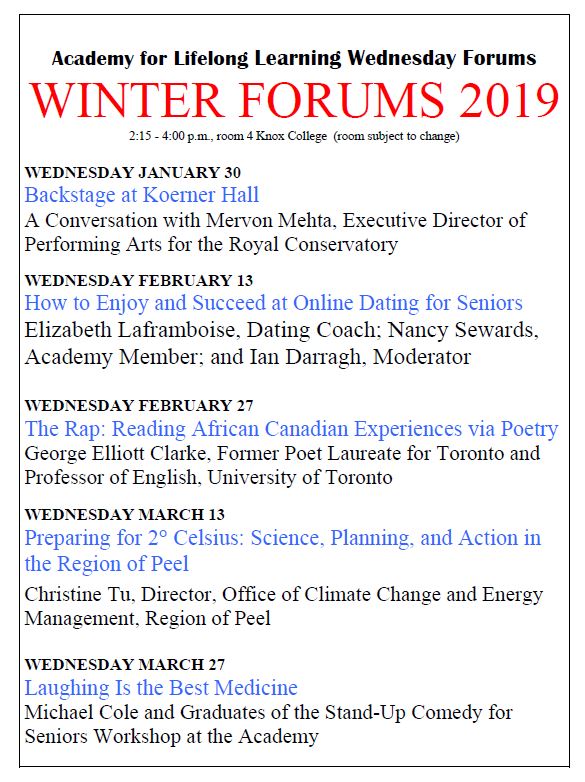 Like many other proud Academy members, I frequently find myself singing the organization's praises to individuals that I think might be interested in becoming a member. Of course, word of mouth is the most important way we add new members to our happy band.

I find it straightforward to detail all of our strengths - our peer learning model, our thought-provoking workshops, and our events and social gatherings. What is harder to capture is the sense of family, the friendliness, and the support. For that I decided to showcase some of the many photos in our collection - photos are worth a thousand words. Enjoy! 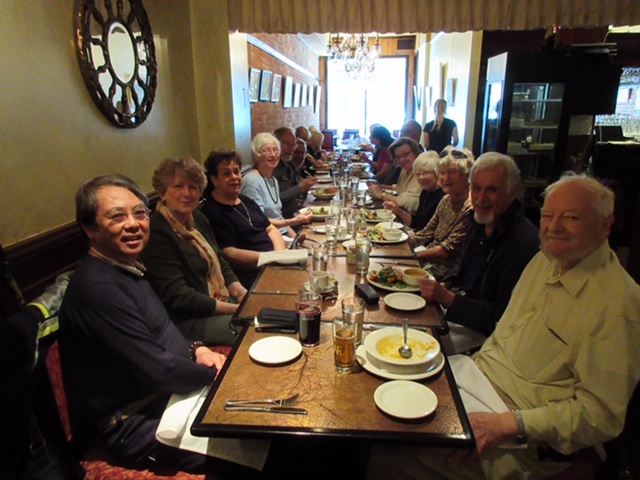 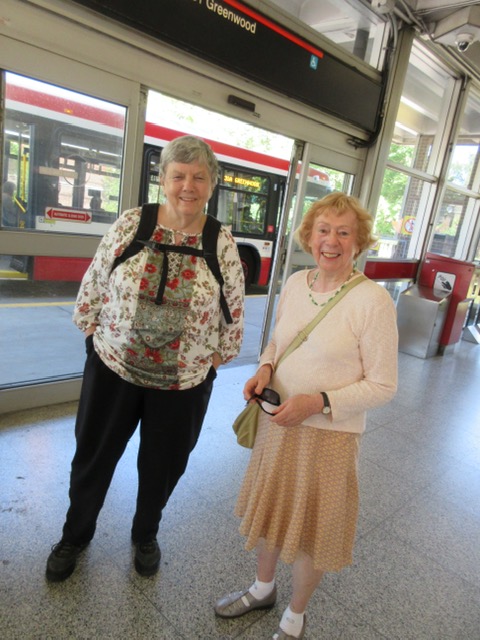 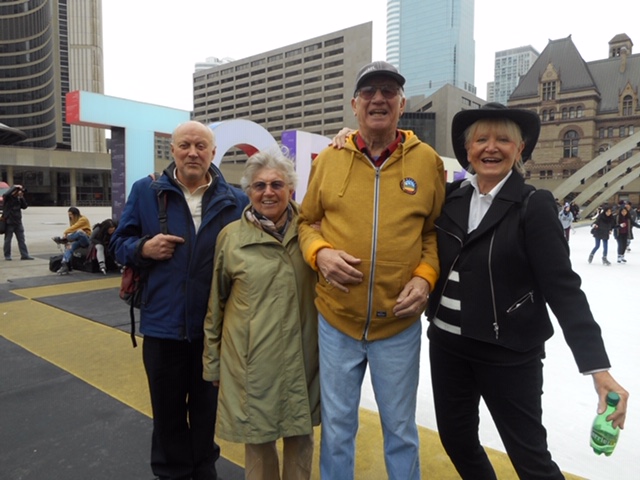 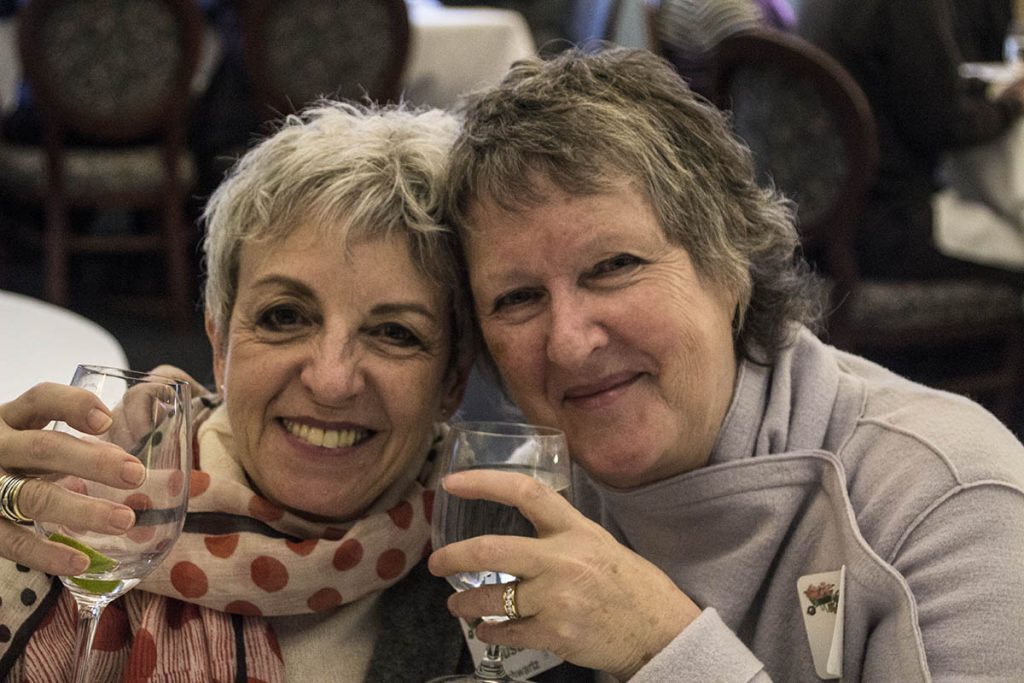 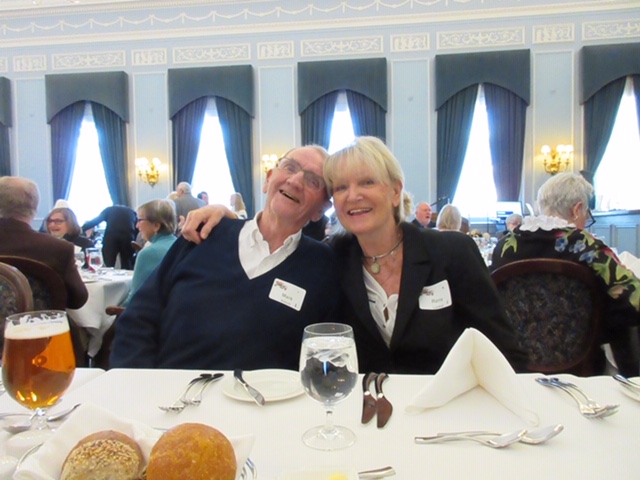 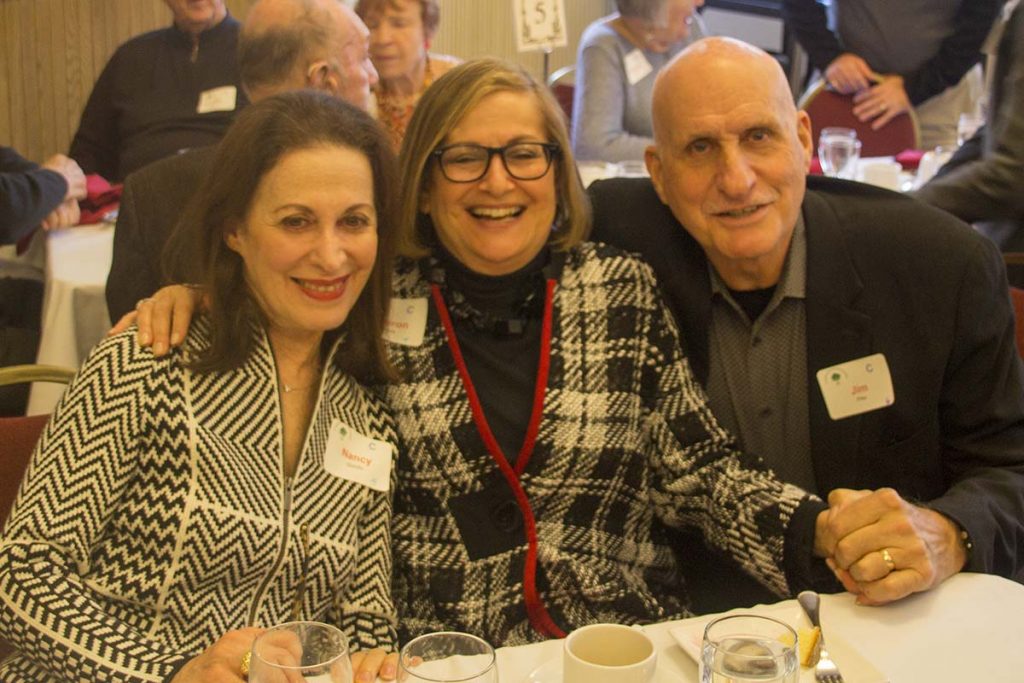 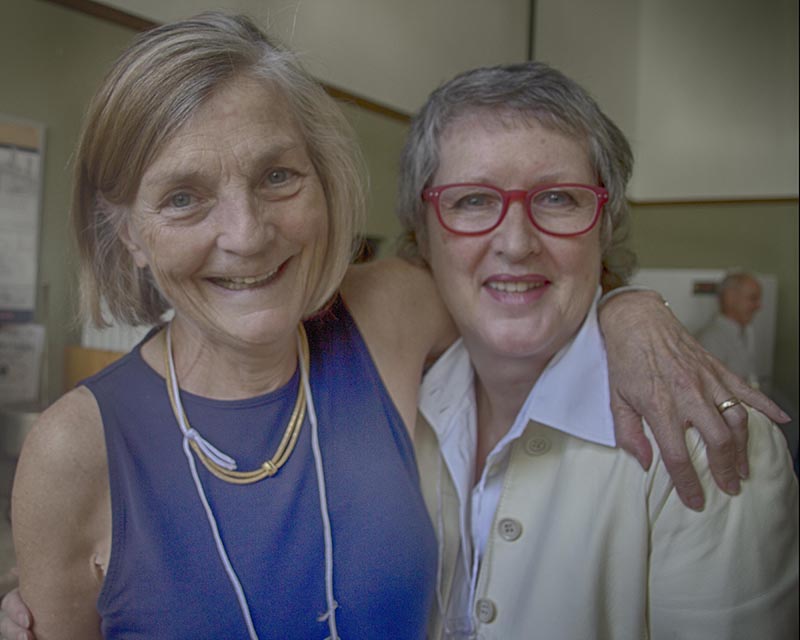 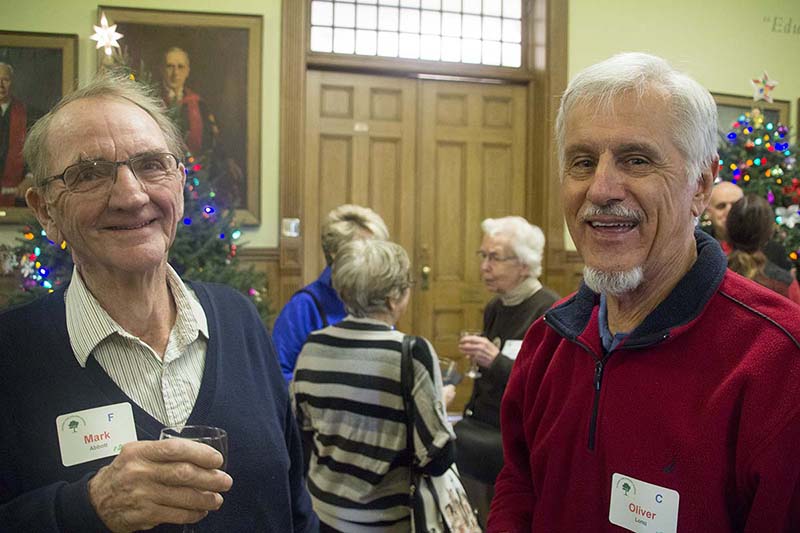 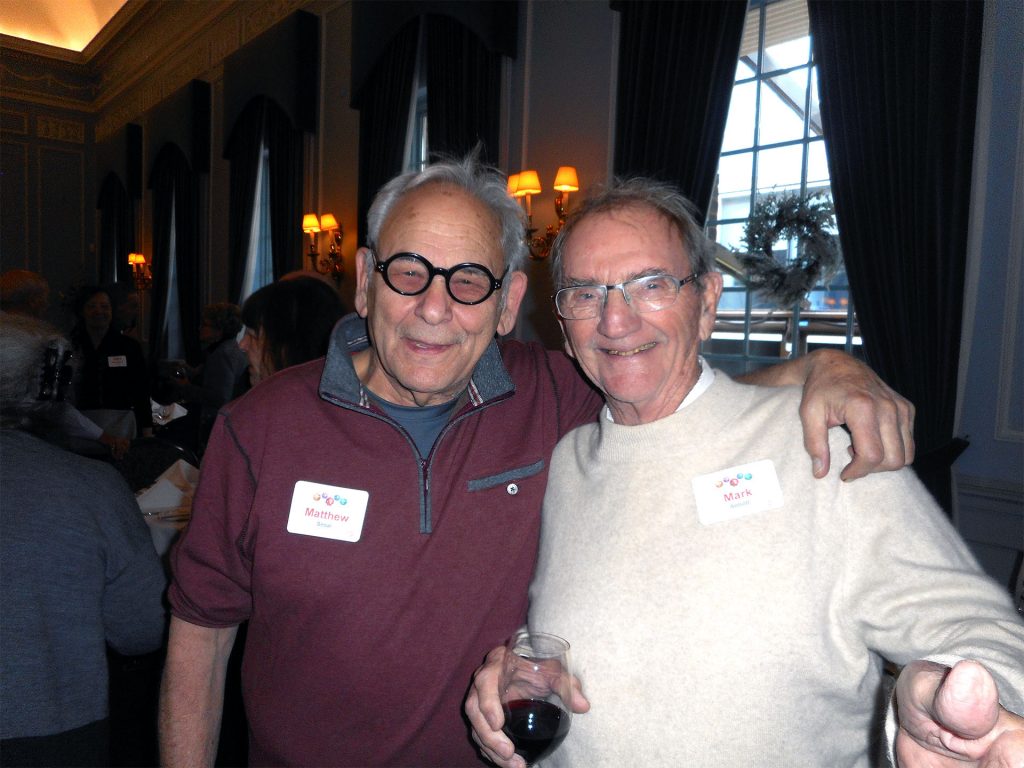 My two sons are millennials , and, as a result, we have some interesting discussions about "the good old days". Frequently we come across, or reference, some item that I take as standard that they have never seen or used. Rather than making me feel aged, it makes me think about how quickly things change. Items that were part of our daily  routine even a decade or so ago no longer exist or are rare. I thought that it would be fun to take a look at some of these items. How many can you remember? 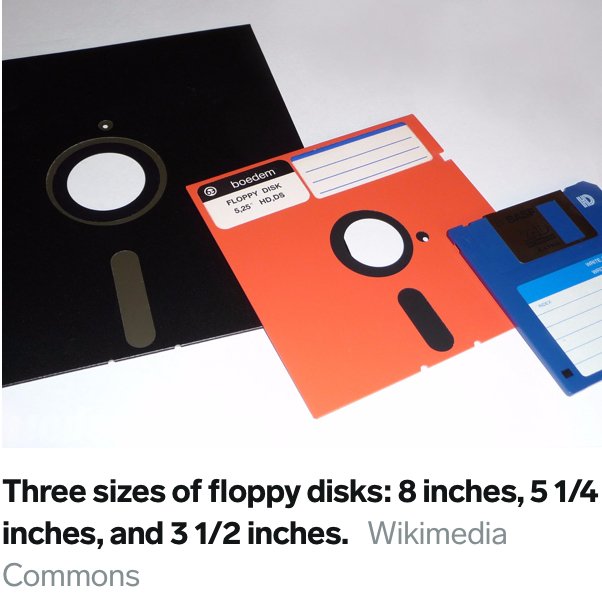 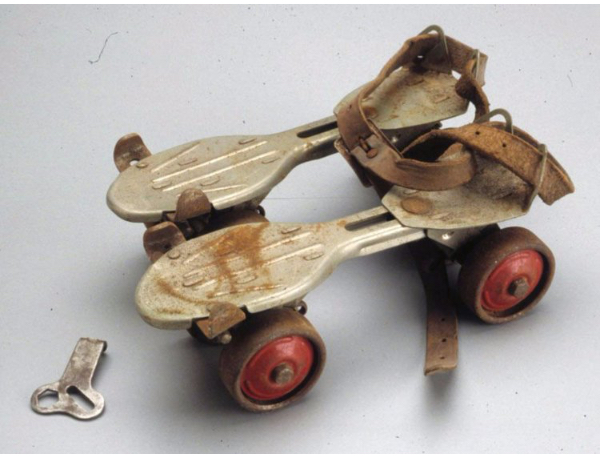 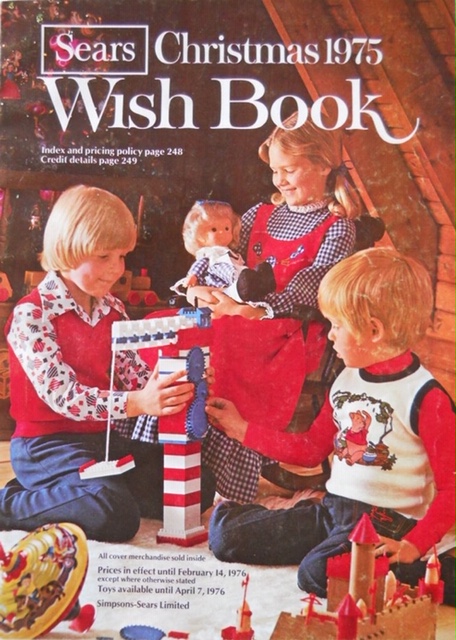 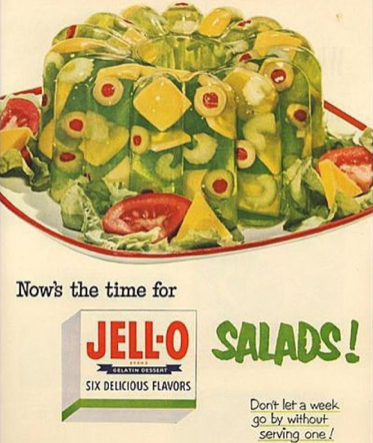 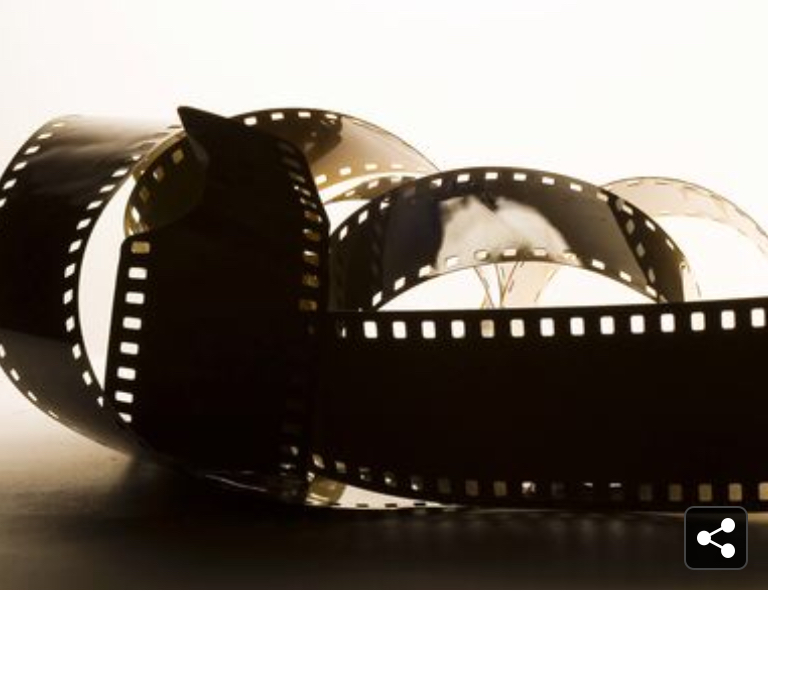 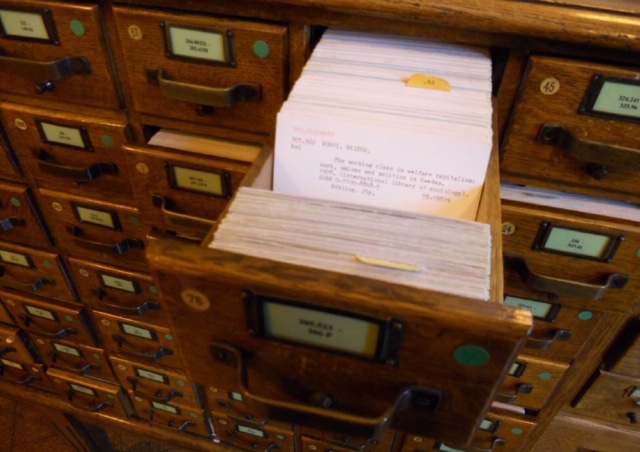 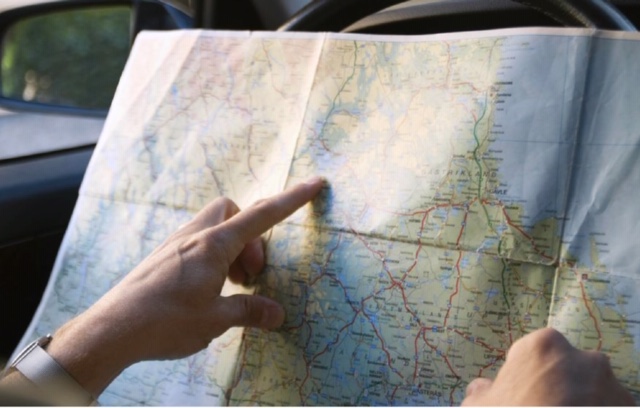 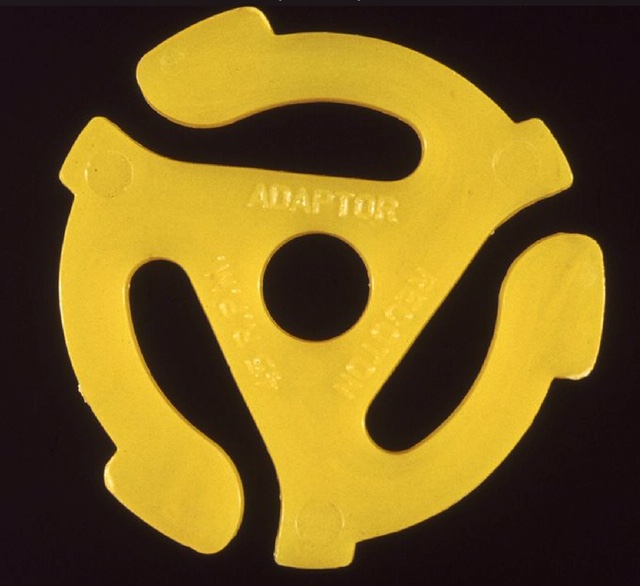 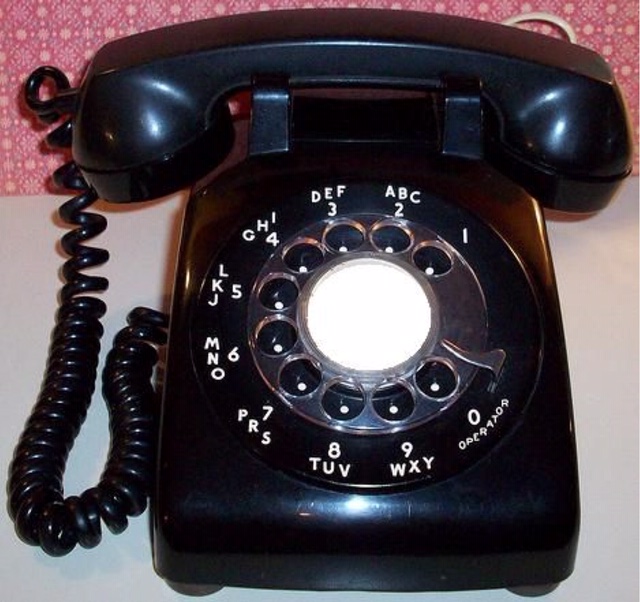 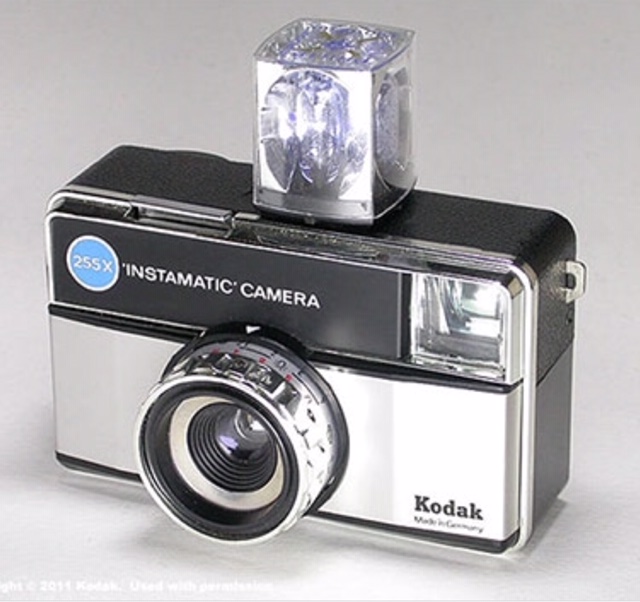 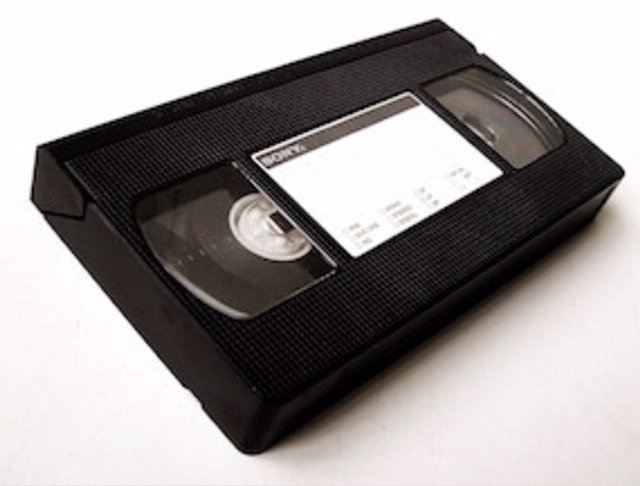 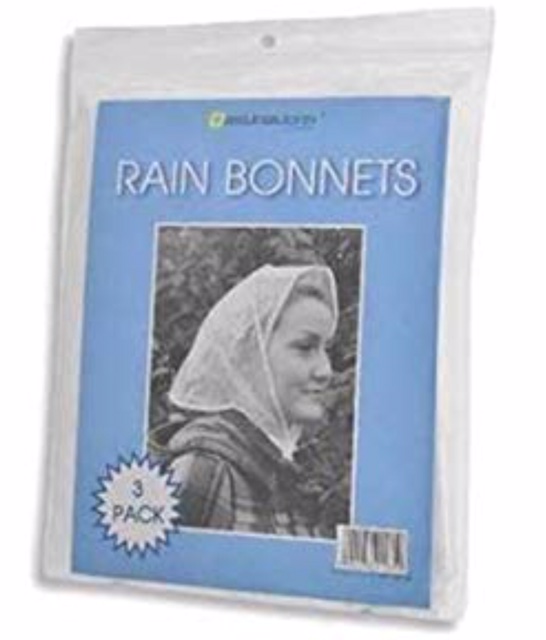 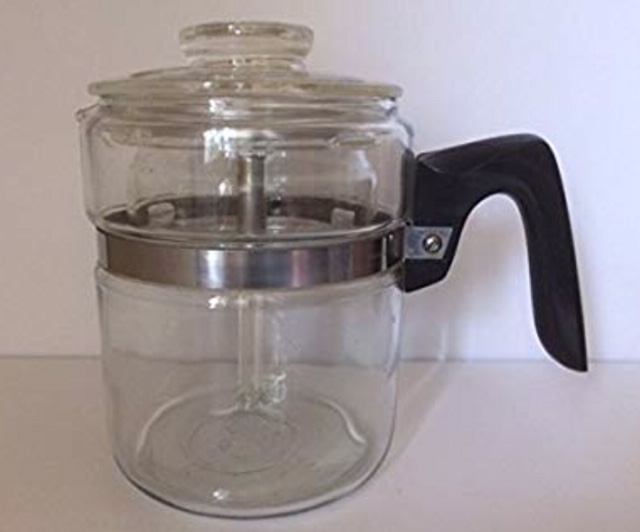 For many years,  members have relied on Academy emails ('fondly' called "Fossograms") as a way to stay up-to-date on everything that is going on or coming up. They have served a valuable role in keeping everyone 'in  the know'.

With the amount of information we now have to share, and with the first anniversary of our website, it is time to update how we "talk" to you'.

Beginning in February, you will begin receiving a weekly email called This Week at the Academy. The email will give you all of the information about the upcoming Academy week - in particular, information about walks, forums, talks, special events, key dates, etc. Barring unforeseen circumstances, you will receive the weekly update on the same day each week so you will know exactly when to expect it. This means that you will be less likely to miss anything.

When we have something urgent to communicate to you - a weather closure at Knox, disruption from a movie filming, something that needs immediate attention - you will receive a separate email giving you just what you need to know.

We will give you more information as we get closer to the change; we know that this approach will make it easier for you to get the information you need when you need it. 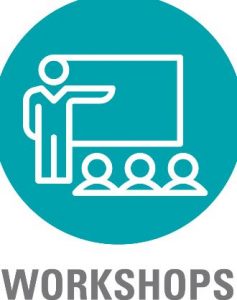 Save the Date for Our 2019 Registration! 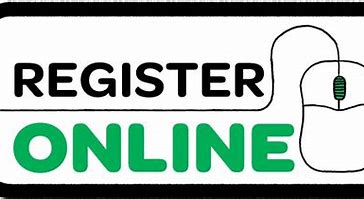 Click here to get a printable pdf of the AQR