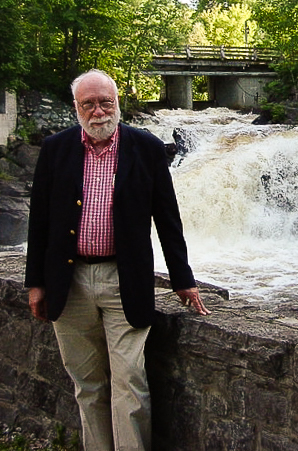 I’m sure many of us hoped that after the Biden inauguration we had heard the last of Donald Trump. Of course, that was not to be. The first Academy talk of the spring season was an excellent analysis of Trump from an unusual perspective and a few predictions of what we might expect in the future. The talk was given by Dr. Robert Bothwell, Gluskin Professor of Canadian History at the University of Toronto. Dr. Bothwell is a much-published specialist in Canadian political, diplomatic and military history. He is also a knowledgeable, thought-provoking and entertaining speaker. I am not an historian or particularly politically astute but I have been fascinated by Trump, how he got to be President and what his legacy is likely to be, apart from being judged the worst President in the history of the United States. I was therefore very interested in what Dr. Bothwell had to say.

Dr. Bothwell taught a course on Donald Trump in the context of American exceptionalism, which formed the basis for this talk. Exceptionalism proclaims that America is God’s country, God is an American. America is the land of opportunity, openness, democracy, rule of law and freedom. The years of Trump’s presidency have wiped out all of that. Trump too is exceptional but in an entirely different way. He stands for xenophobia, racism, sexism, complete dismissal of rule of law and the constitution, building walls against his neighbours and tearing immigrant children from their parents. He was on his way to becoming a demagogue who would stop at nothing, including inciting violence and denying the legitimacy of an entirely fair election, to stay in power.

But Trump didn’t spring from nowhere. He has existed in literary imagination for a long time. In 1931, the New Yorker published a short story by James Thurber called “The Greatest Man in the World.” Its subject was a deranged psychotic lout who became a national hero when he managed the first solo flight around the world. In 1935 the novelist Sinclair Lewis wrote a dystopian novel of a fascist America, It Can’t Happen Here. It describes the rise of a US dictator similar to that of Hitler. In the 1930s, during the Depression, Huey Long, governor of Louisiana and US senator from 1932 until his assassination in 1935, challenged President Franklin D. Roosevelt. Long was denounced by many as a Fascist demagogue. Dr. Bothwell also mentioned the book And the Last Trump Shall Sound, three novellas by Harry Turtledove et al. This is a futuristic, alternative history collection that imagines what happens after 2024. Trump has died and Mike Pence is President, and the US is breaking up. Could it happen? Could there be a movement to resurrect Trump in 2024? Don’t rule it out. Many well-educated, middle class Americans supported Trump. Trump’s presidency raises many questions about the political system in the US (Hilary Clinton won the popular vote by a considerable margin) and the frailty of the American constitution.

And what about Canada? Canada cannot afford to be too “sniffy” about our differences from and possibly even superiority to the US. We have had our own “populists,” Mitch Hepburn, premier of Ontario from 1934 to 1942, and Rob Ford, mayor of Toronto from 2010 to 2014, for example. Many Canadians were Trump supporters. Although we are not yet quite as anti-science as the US, we have our share of anti-maskers and those refusing to abide by pandemic restrictions in the name of personal liberty.

Canada and the US are not twins but they are siblings. The new regime promises a return to sanity and a congenial relationship between the two countries and their leaders. But the US is so divided – politically, culturally, religiously. Continued turbulence and possibly even a civil war could be in the future. Dr. Bothwell’s excellent talk ended on this rather pessimistic note.