Welcome to the New Academy Year!

A Message From Our President

To me, September always marks a new beginning. To slightly modify  Elizabeth Hay’s essay about this month, “Yellow school buses reappear, and brave children shoulder their knapsacks. The songbirds have gone south and … we Academy members remain”  to begin a new season, our twenty-eighth.  Our workshops start up, our committees get into higher gear, and we engage in the varied activities that make the Academy such a special organization.
Recently I received an email from our esteemed life member Margaret Robertson detailing a conversation she had with another long-time member, Joe Casse.  They remarked about the changes they had seen during their long involvement with the Academy, both as participants and presidents.  Joe, who was the president of the Academy in 1997-98, mentioned that a great many years ago he and I were next-door neighbours and that I had babysat his children.  He and Margaret thought that it was an appropriate and natural evolution of the Academy that I now, twenty years later, follow in both Joe and Margaret’s big footsteps as the new president.
I am honoured to have this position and the opportunity to serve the Academy.  In addition to Joe’s and Margaret's footsteps, I will be following in the footsteps of all the superb individuals who preceded me, and will especially rely on the wise counsel of Brian Gaston, who held this position last year, and our vice-president, Doug Wilson.  Appreciation as well must go to the hard-working members of the Board, committee members, special activity co-ordinators, and workshop facilitators.  Without these dedicated and most capable volunteers, our Academy could not function.
As Elizabeth Hay states at the end of her essay about September, “No matter how old we are, it’s a month for learning yet again how to begin.”  For all  Academy members, I hope September marks the beginning of a year of learning, enjoyment and fellowship.

The Academy's 2018/19 year is underway, and it has been a busy one already for the Board and its committees. Comprised of the President, Vice President, Past President, Secretary and Assistant Secretary, Treasurer and Assistant Treasurer, and the Chairs and Assistant Chairs of the Committees, the Board keeps the Academy running smoothly, ensures the best possible experience for Academy members, and positions us for a bright future.

In his second year at the Academy, Ian Darragh is a co-facilitator of the Events of the Week workshop, and a member of both the Talks Committee and the Tech Team. He also has a passion for comedy, and for the second year in a row is taking Michael Cole’s stand-up comedy workshop. If you have the opportunity to talk with Ian you will find him to be a knowledgeable, thoughtful and funny person.

After receiving degrees in English and journalism, Ian worked for weekly newspapers in the Ottawa Valley as a reporter and photographer.  Some of Ian’s many accomplishments since then include writing features for National Geographic, and serving as Editor-in-chief of Canadian Geographic magazine, Editor-in-chief of the IBM Canada website, Regional Director of Communications for Immigration, Refugees, and Citizenship Canada and much more. He is fluent in French and even speaks a little Swahili, having spent a year in Africa when he was younger. If you want to read more about him, check out Canadian Who’s Who or visit Flickr to see his photography.

One of Ian’s current passions is leading nature walks for Heritage Toronto and Airbnb Experiences: https://abnb.me/pyHdrs5kqP?user_id=191280609&s=50

Ian has also developed guided walks through old Toronto for newcomers to the GTA. These walks have encouraged interactions between immigrants of varied ethnic and religious backgrounds, and Ian has interesting stories to tell about them. He also wrote and directed a video about welcoming Syrian refugees:   https://youtu.be/AedTWebJJnM

Ian likes to challenge himself, and one of his most difficult, but rewarding, experiences was travelling throughout Quebec in the 1990s while writing a feature article for National Geographic on “Quebec’s Quandary” (the “yes” and “no” sides on the referendum). While researching the article Ian lived with a family of passionate sovereigntists in Lac Saint-Jean and a Cree First Nations community in Northern Quebec. After the article was published, Ian had the distinction of being denounced by both the PQ and Bloc Quebecois – their personal attacks on him are recorded in Hansard!

There is much more that could be written about Ian, and no doubt some of it will be written by Ian himself as he works on his memoirs in the Academy Memoir Writing workshop. 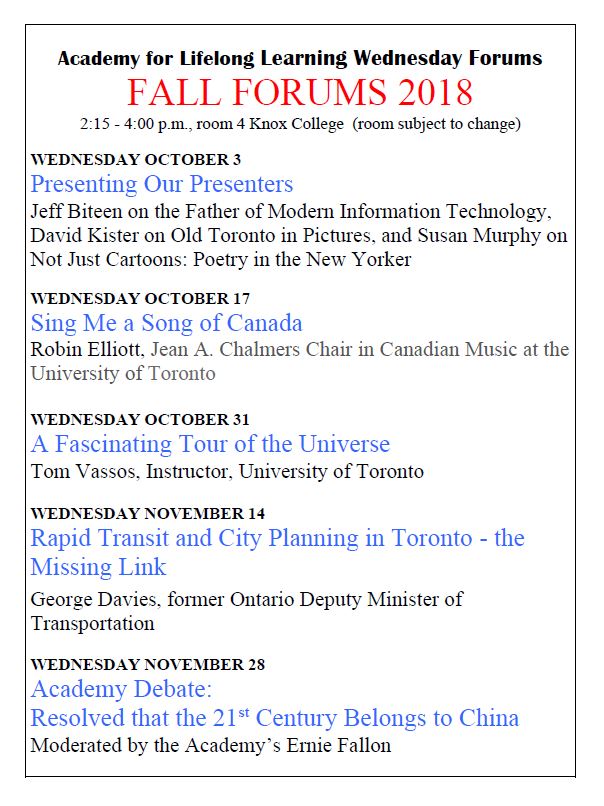 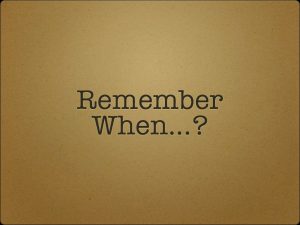 Our 2018 / 19 workshops are now underway, and members can select from a very wide range of topics - there is something for everyone.

This has been the Academy's approach since the beginning - to provide members with all kinds of things to inform, educate, and feed a curious mind.

Here is a look back at the workshops that were offered back in 1992:

Things to Think About...

This fall, the Curriculum Committee will begin the process of deciding the line up of workshops to be offered in the 2019/2020 academic year. Your input is vitally important to us! Is there a contemporary topic you would love to see offered?  Have you developed an interest in a line of inquiry that you think would be of interest to others?  Do you feel we should have more workshops focussing on the arts or science? Perhaps current affairs or technology?  Is there a workshop you attended years ago that deserves to be reintroduced?

Later this term we will formally solicit your ideas by email, on the website, and with posters placed on the noticeboards. In the meantime, we encourage you to get those creative juices flowing!

The Members’ Survey is a useful tool in maintaining and improving the quality of the Academy’s workshops. It will be sent out in mid-November and is completed on-line.

Responses are anonymous. Your participation is of great assistance in providing feedback to facilitators and assisting the Curriculum Committee in its work.

Weekly, like clockwork, rain or shine, groups of dedicated Academy walkers hit the streets, lane ways, and paths of the city to explore every fascinating nook and cranny. Some fresh air and exercise with friends, followed by a shared lunch, is the perfect way to spend a summer or autumn morning. Heartfelt thanks to the organizers - Ken Snelson aided by Roma Donatelli - walk leaders, and strollers who all made these weekly events a success. Organizers are already planning for the next Walks series in 2019.

Check the web's News page to see reports on past walks. 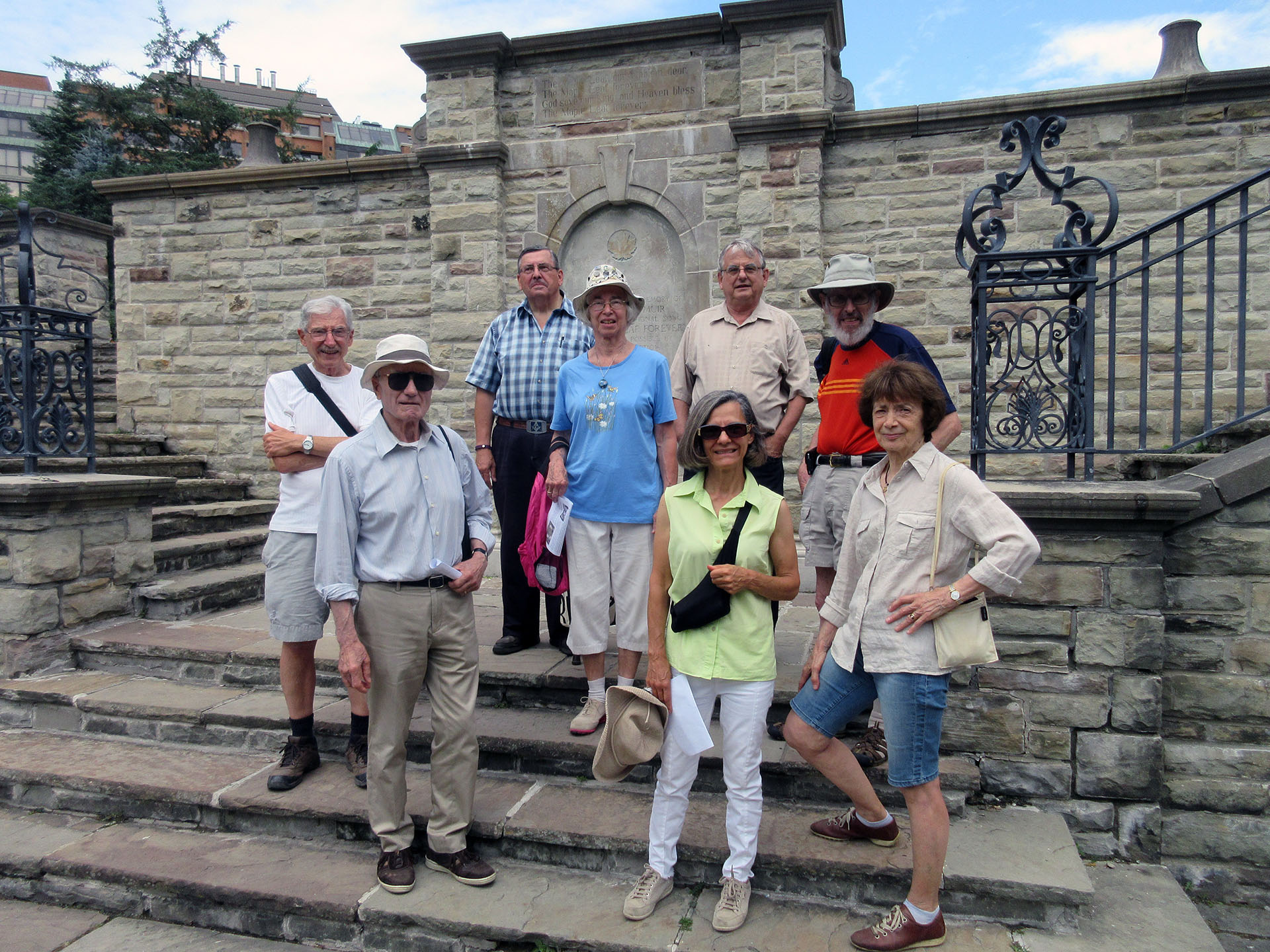 Academy walkers braving the heat for an enjoyable and educational walk 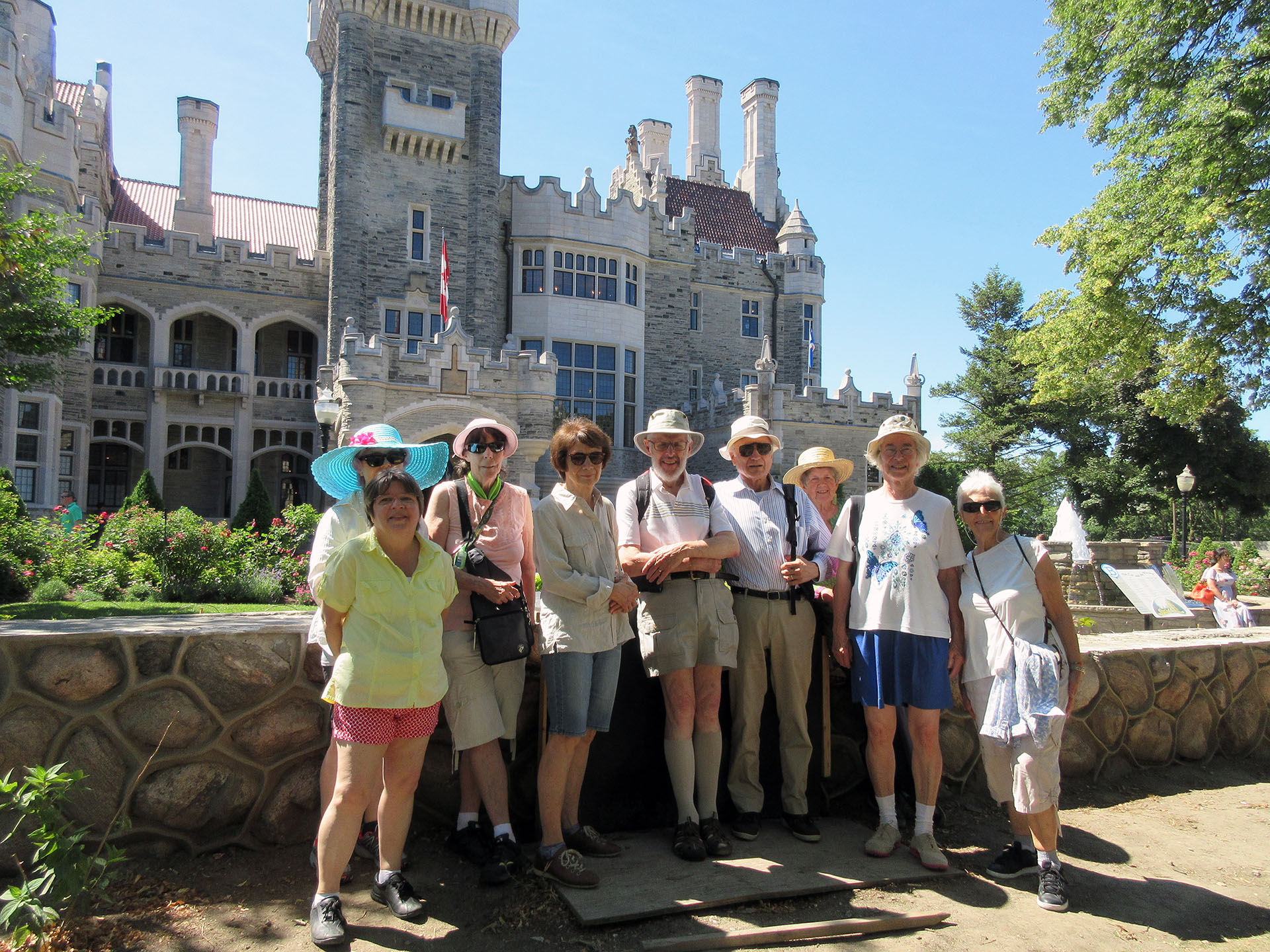 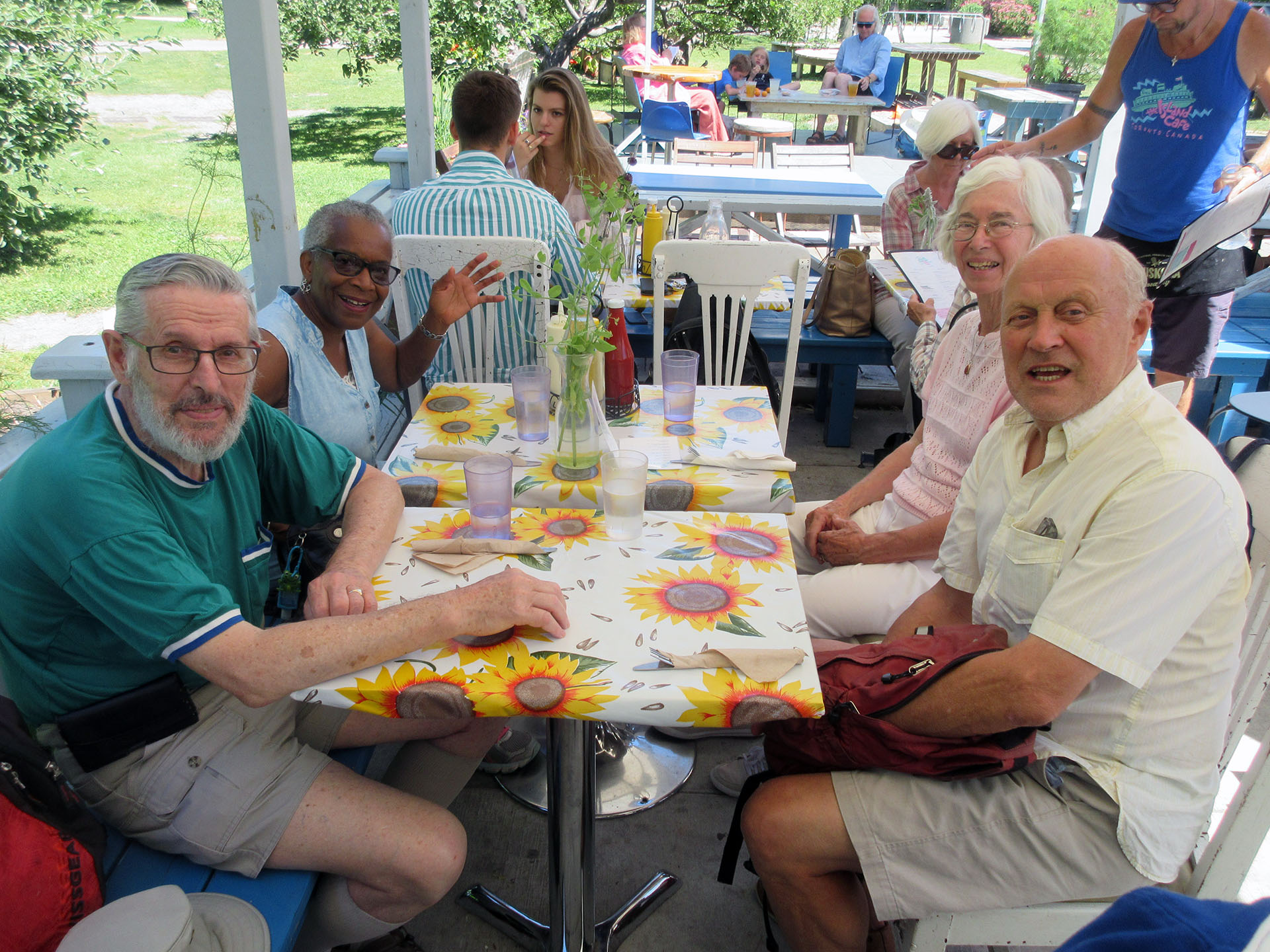 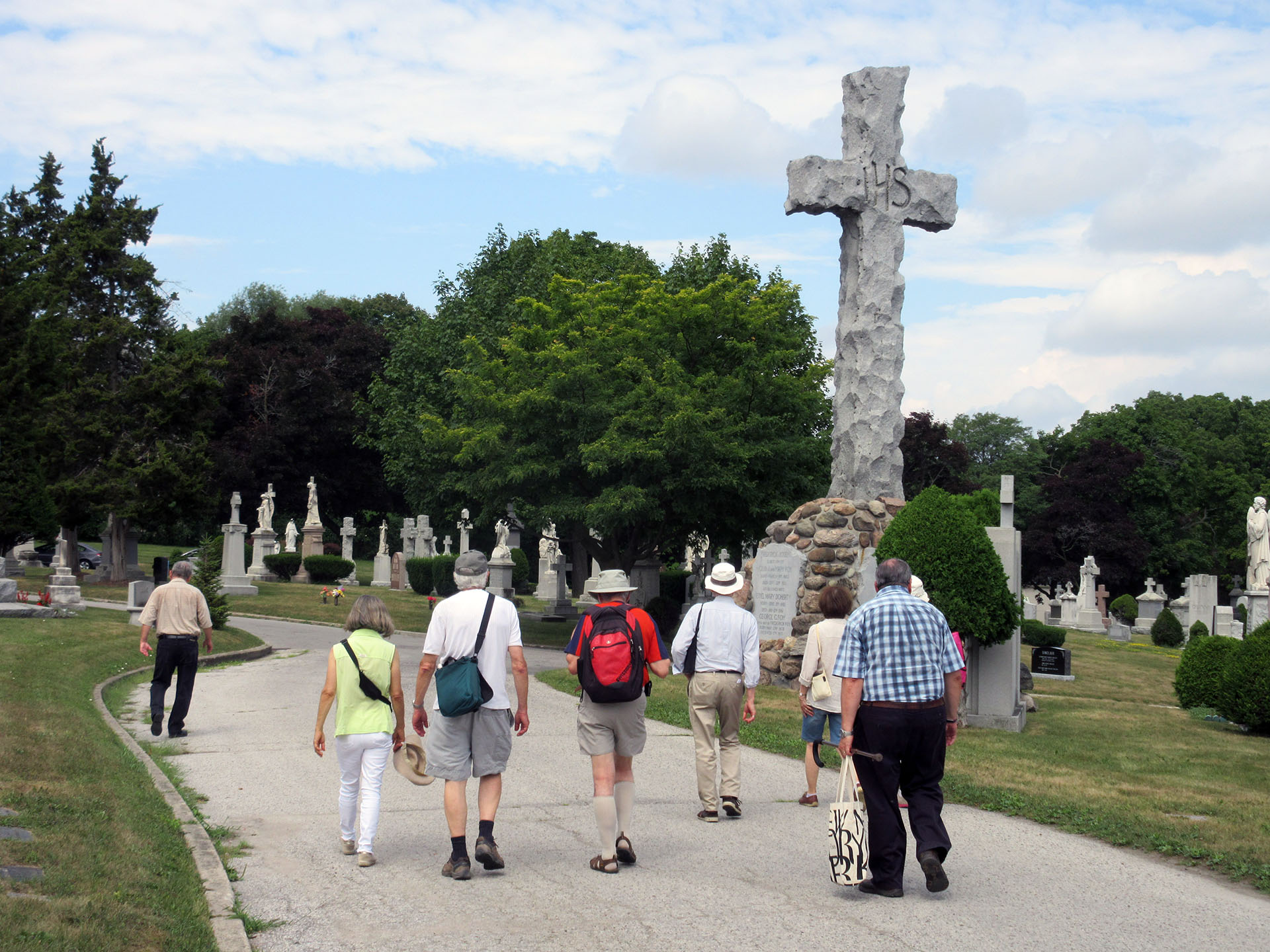 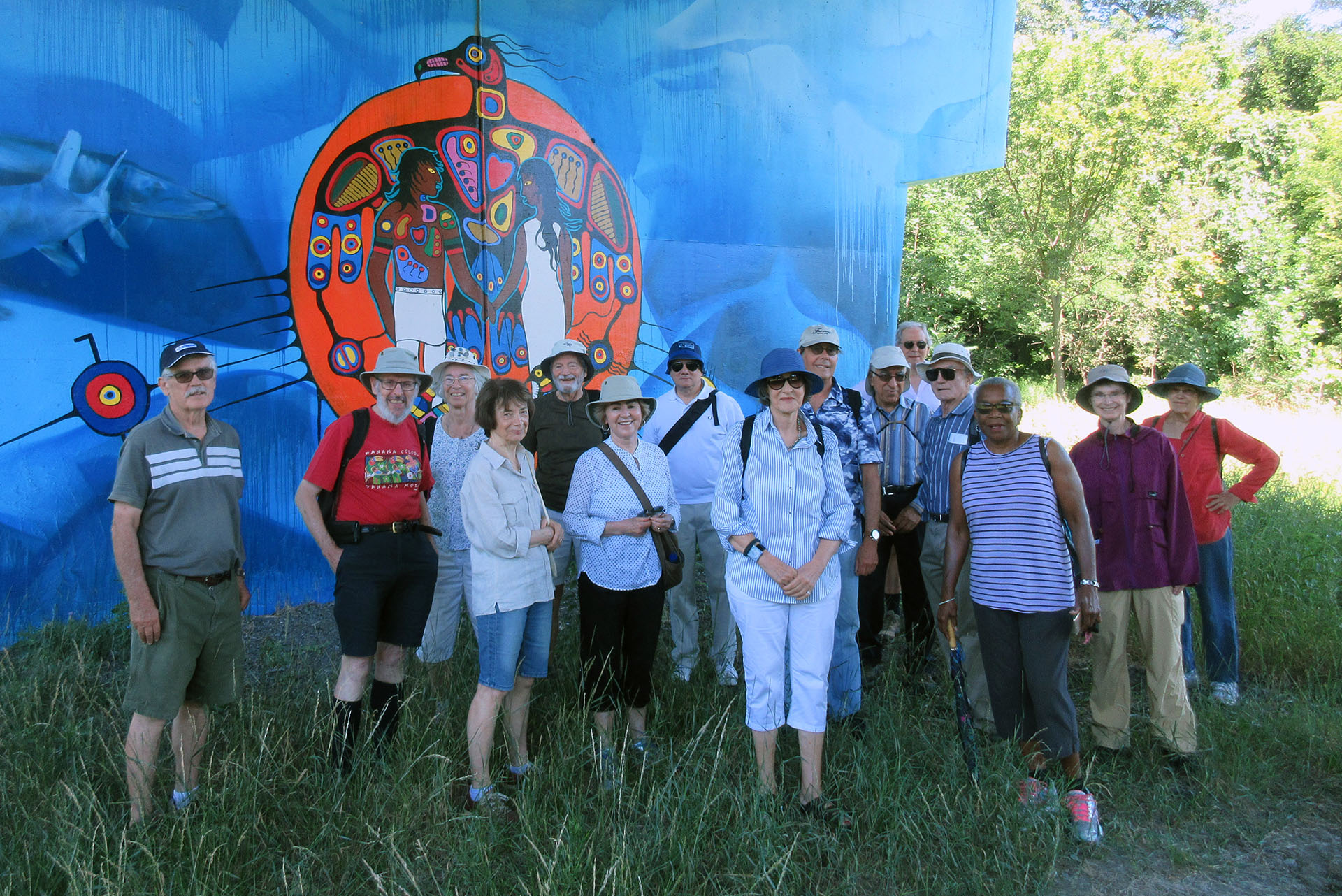 Sheltering from the heat and admiring indigenous artwork

It’s hard to believe, but we are nearing the end of our first month of the 2018/19 Academy year. And it has been another record-breaking year for Academy registrations!

Last year the Membership Committee registered 410 members (a record in itself) and this has been surpassed this year with a total of 427 active members.
Our new member count of 65 has remained constant for the past two years, but our strength is the 362 continuing members year to year. This is an increase of 10 members over 2017 and 47 more than 2016.

What is our secret?

The Academy has 63 incredibly enthusiastic and knowledgeable facilitators delivering thirty-nine diverse and challenging workshops. The depth and breadth of workshops such as: documentary and contemporary film; exploration of jazz; song and dance; social, political and indigenous history; art; architecture; science; fiction and non-fiction; and stand-up comedy has kept our membership strong and vibrant.

Each year friendships are renewed and new friendships forged in workshops, forums and talks. You will often see our members deep in discussion in the common room or getting to know each other on Academy walks and outings.

In one of the first sessions in a workshop this year a new member said that she had “Googled” on her computer what she could explore in Toronto and the link to our Academy website popped up. She was curious and has since joined as a member.

Here’s to another stimulating and educational year at Knox College!

With sadness, we bid farewell to some current and past members of the Academy:

Save the Date for the 2018 Holiday Luncheon!