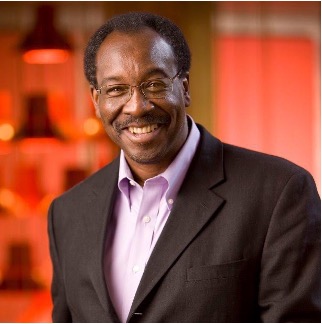 Why is there anti-Black racism? And what can be done about it? These questions formed the engaging focal points of Patrick Case’s Spring Talk. It was a timely topic and it attracted widespread interest.

Patrick Case is the Assistant Deputy Minister and Chief Equity Officer in the Education Equity Secretariat of the Ontario Ministry of Education. He started his presentation by taking us on an intellectual journey, the twists and turns of discrimination over the centuries. That historical background, he noted, has been missing from recent conversations on racism. Hitherto attention has tended to focus more on the number of racist incidents and trends within data. That’s only part of understanding the situation, however.

According to Patrick, the key question is, “How did we get to the point where anti-Black racism is such a major problem?” Powerful historical cultural forces affect our perceptions of other people. These have to be acknowledged in order to see how Black students within the public education system are currently disadvantaged.

That landmark study examined Toronto District School Board statistics concerning performance in mathematics. It found that Black students did relatively well compared to others in mathematics, an objective measure. On the other hand, when it comes to learning skills assessment, Black students were “significantly less likely” to be perceived as excellent learners compared to other groups. Unlike mathematics, learning skills assessment represents a subjective consideration having to do with “teachers’ perceptions of students’ demonstration of responsibility, initiative, organization, self-regulation, as well as their ability to work independently and in collaboration with others.”

What is significant is that learning skills assessments by teachers did not correspond to mathematical achievements when it comes to Black students. This disparity raises questions, the authors contend, about implicit bias in teacher evaluations. The unfortunate result is that a disproportionate number of Black students end up in applied rather than academic programs.

Patrick traced the patterns of discrimination over the past 1,500 years. Initially the basis for discrimination was religion. Christians, for instance, could not enslave other Christians but Jews and Muslims were fair game throughout post-Roman Empire Europe.

Within the last 200 years, however, the idea developed that humanity was not just one race but a collection of races. Paired with this was the development of a racial hierarchy:  some peoples were regarded as inferior to others. Going a step farther, behavioural traits were then correlated with each race. Blacks, for instance, were said to be “indolent” or “negligent.”

The development of racial characteristics dovetailed with European colonization to bring the desirable traits of the White European to Blacks in Africa, to the Indigenous in the Americas, and to those living in Asia.

Patrick concluded that anti-Black racism is a remnant of the ideas embedded in colonial thinking. These perceptions, often unconscious, colour perceptions of different races even today. His analysis ended on a positive note: “communities can change.”

Discussion focused on what could be done within the public education system to counteract anti-Black racism.