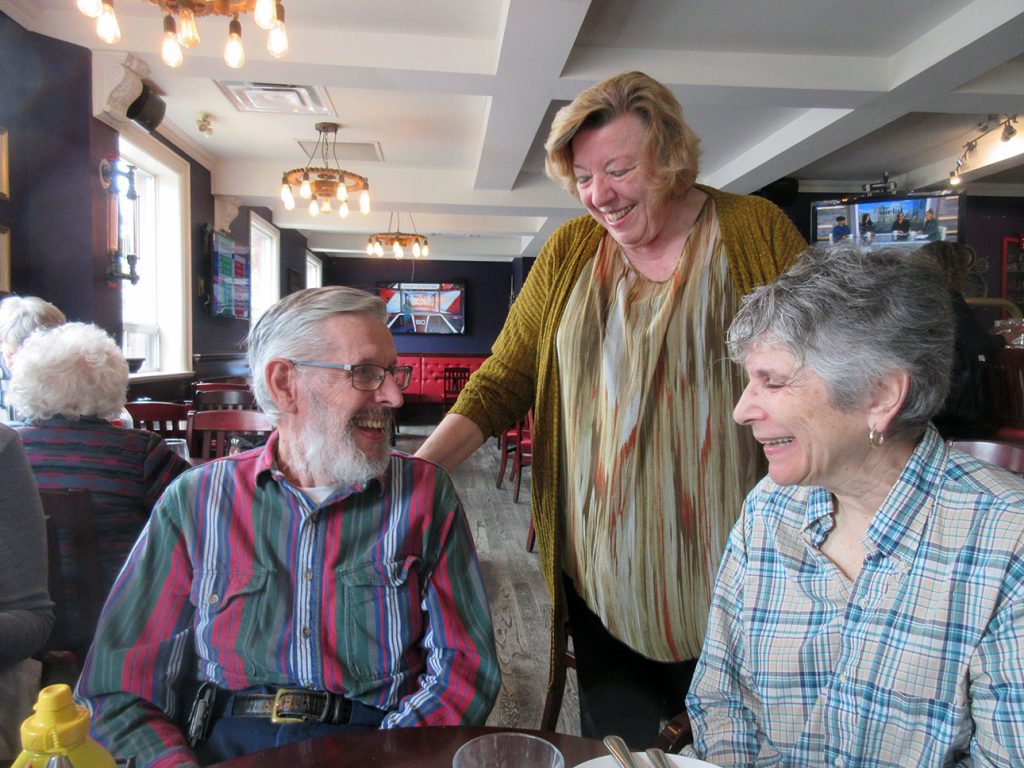 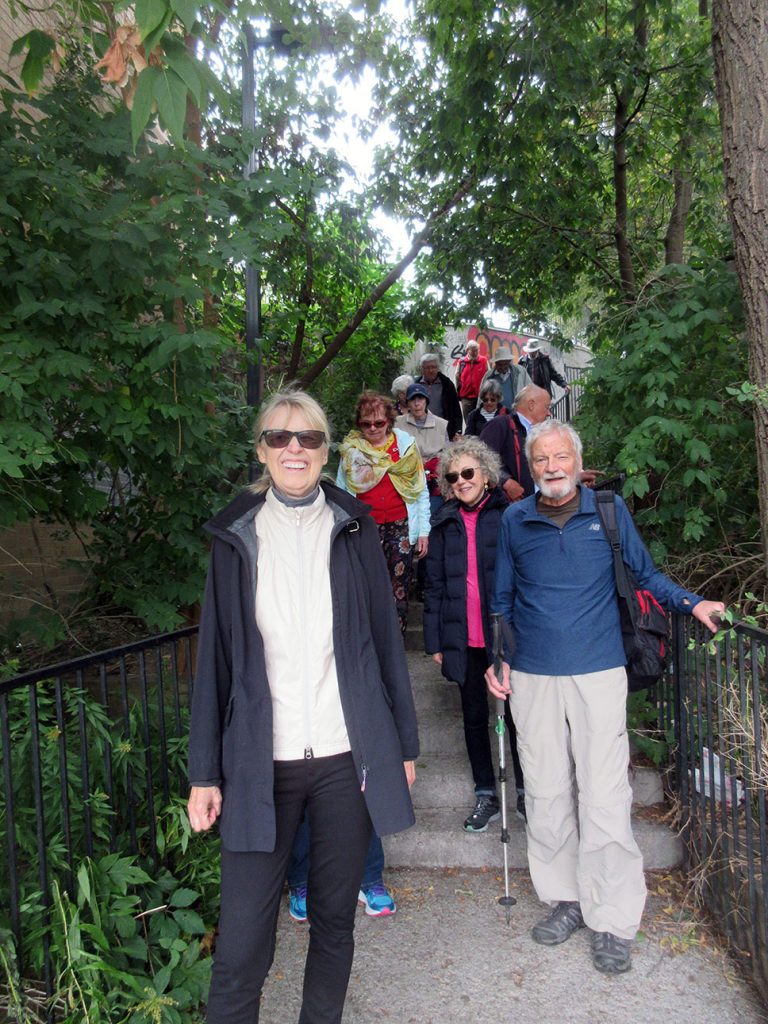 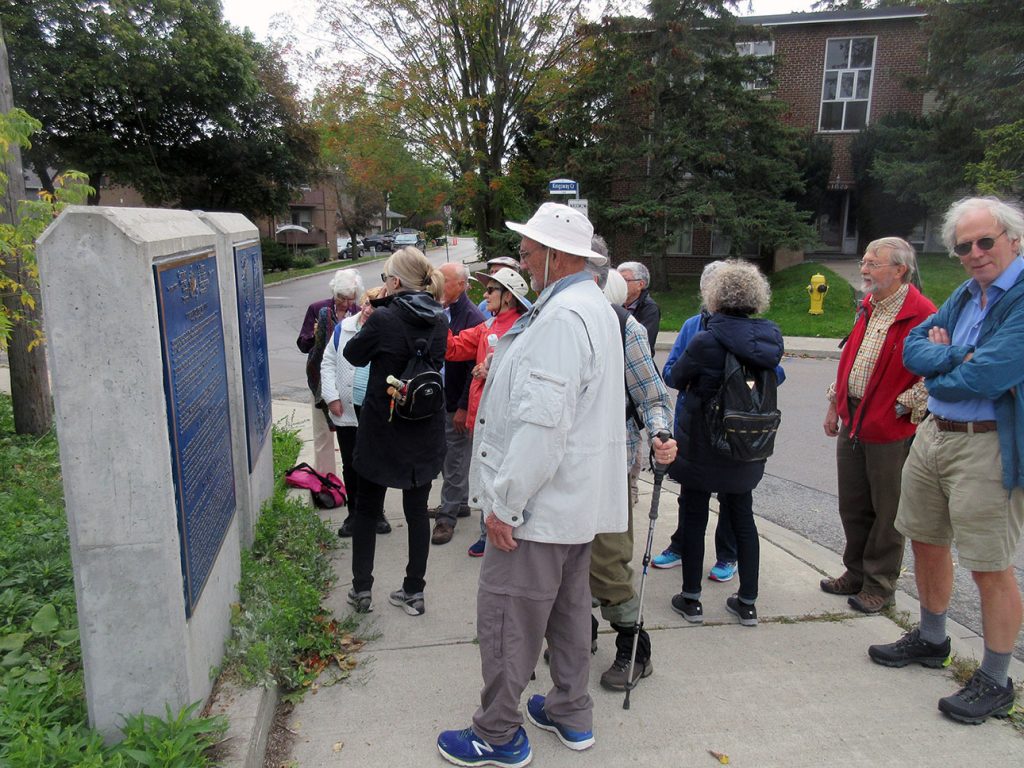 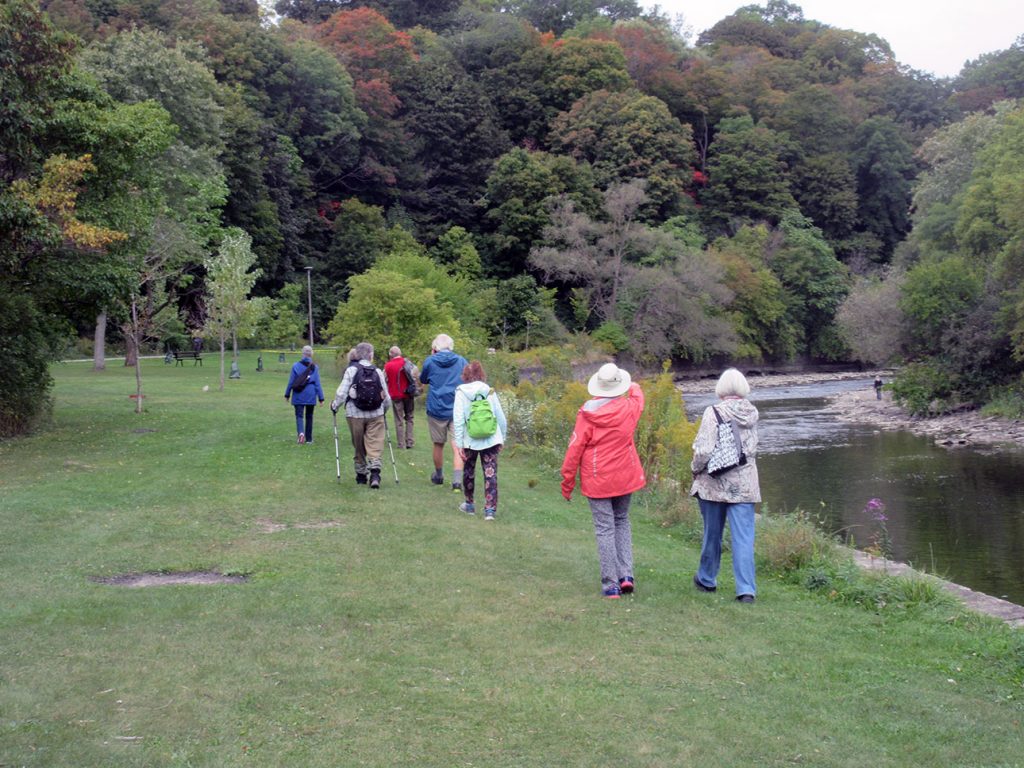 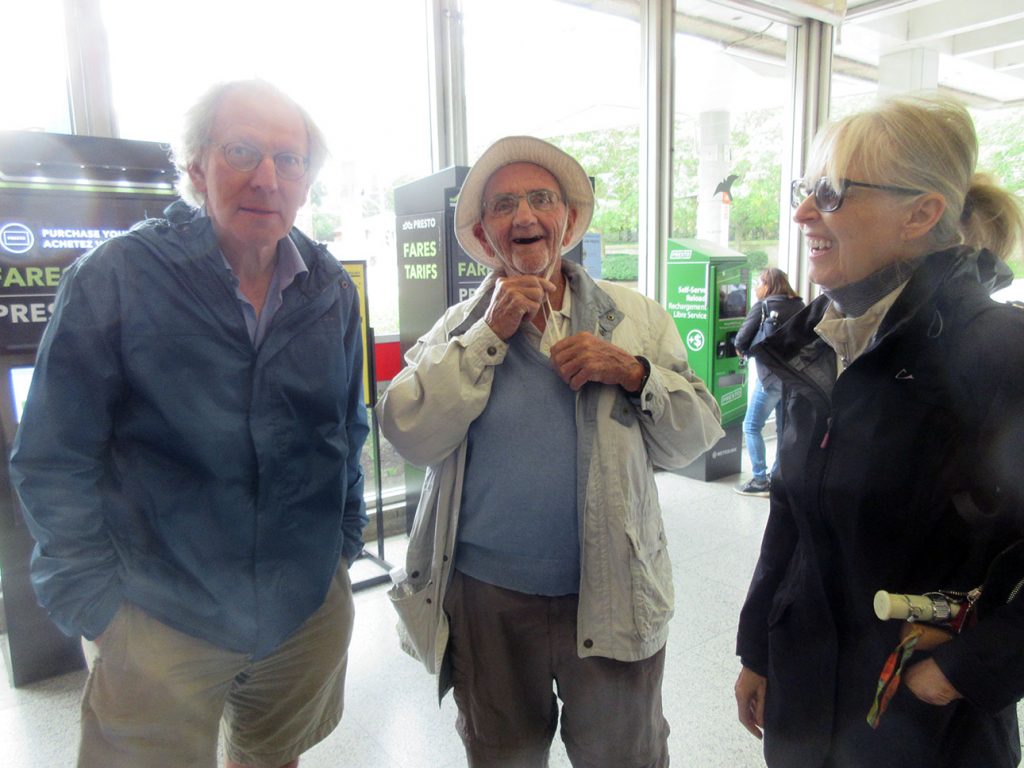 What a terrific turn-out on this beautiful Fall Monday- morning for the 'last lap' of the Academy Walks Season.

The meet-up had 17 of us awaiting Josie and Mark who led us on a riverside loop, heading north along the western trails of the Humber River, across the Dundas bridge and then south down the Eastern shores. Though disappointed en route by the absence of the usual seasonal sight of salmon struggling upstream to spawn, we passed many delightful scenic river falls with herons and gulls presiding, and a restful landscape of still-green meadows and ancient trees.

At the Dundas bridge Josie drew our attention to the 'Toronto Carrying Place' map, which details the historic portage route linking Lake Ontario with Lake Simcoe and the northern Great Lakes. Later a brief stop and photo-op at Lambton House, a former 19th-century inn. After completing our 7-km route, we arrived at the Dark Horse Tavern on Bloor Street West where the 'short route walkers' joined us for a delicious lunch.

Though for now we're on our own walking Toronto's amazing trails.....we look forward to rejoin the Academy Walkers for Ken's Winter PATH walks (to be announced later).

Many thanks to Ken for all his work setting up the Walks Schedules, to Josie & Ken for providing today's leadership and to all the Walk Leaders - and followers - who made this Walks Season such an enjoyable one.