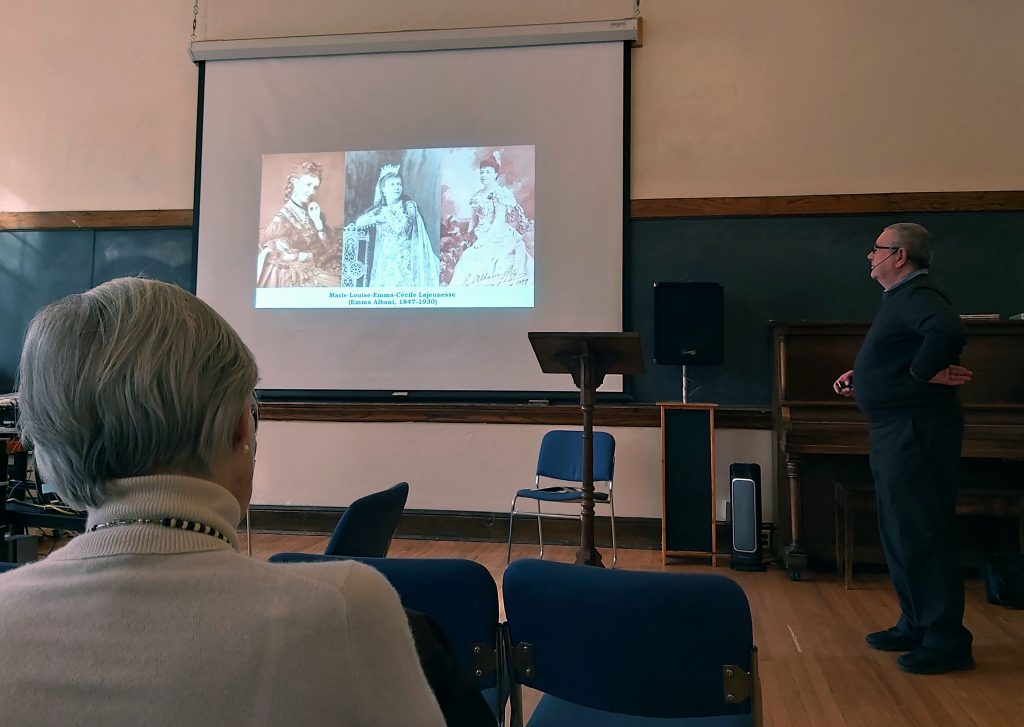 Bel Canto Canada: Turning Points in 150 years of a Grand Vocal Tradition were outlined for an attentive audience by Wayne Gooding, retired long-time editor of Opera Canada, at the third Wednesday Forum held on February 12. The Talks Committee did well to accept Josie and Mark’s recommendation of him as an eloquent and knowledgeable guest speaker.

His talk was, in his own words, part vocal, part social history and part navel gazing as he explained how it came about that an under populated country like Canada punches so far above her weight in the world of music, particularly opera. The recent elevation of Yannick Nézet Séguin to the podium of the Metropolitan Opera is the most recent example of this.

I was surprised to learn that there is a long tradition of opera in Canada, dating back to the time of Mozart. There were actually two opera houses in Toronto by the end of the 19th century and a touring production of Parsival in 1900 was reported on the front page of the Globe and Mail. Caruso and Nellie Melba both sang in Massey Hall.
However, until the Royal College of Music opened in Toronto in 1886 there were no teaching facilities in Canada. We were privileged to hear old recordings of Emma Albani, Edward Johnson, and Jon Vickers, all great Canadian singers who had to study and build their careers in Europe or the States. We also heard the superb soprano, Mary Morrison, the influential teacher of some of today’s finest homegrown opera stars. The Canadian Opera Company was the first to be founded in 1950, in Toronto, but in the 1960s and 70s a network of concert halls was built across the country, which became home to smaller opera companies. In those days, the CBC was a very influential collaborator. Alas, this is no longer the case. However, gifted students no longer have to go abroad, the music schools are always full and Young Artist programmes flourish. Thanks for this are due in part to the late, great Richard Bradshaw.

Many interested comments and questions from the engaged audience followed Wayne’s talk, ranging from the impact of Metropolitan Opera Live in HD on local live productions (inconclusive) to concerns about reduced government funding for the arts. Everyone agreed that targeted audience development is crucial for the survival of all our cherished musical institutions. Finally, Linda Tu thanked Wayne for so generously sharing his passion for opera.

This was another worthwhile Wednesday Forum – thank you, Talks Committee! 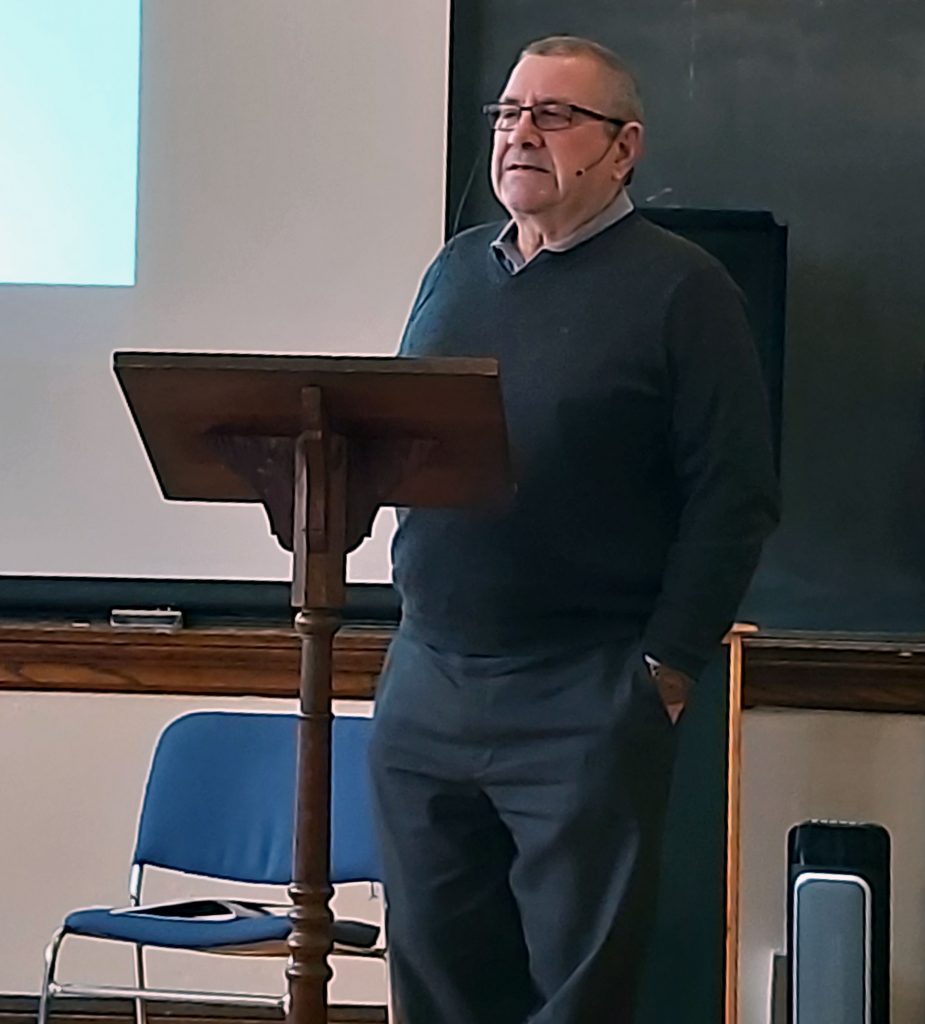 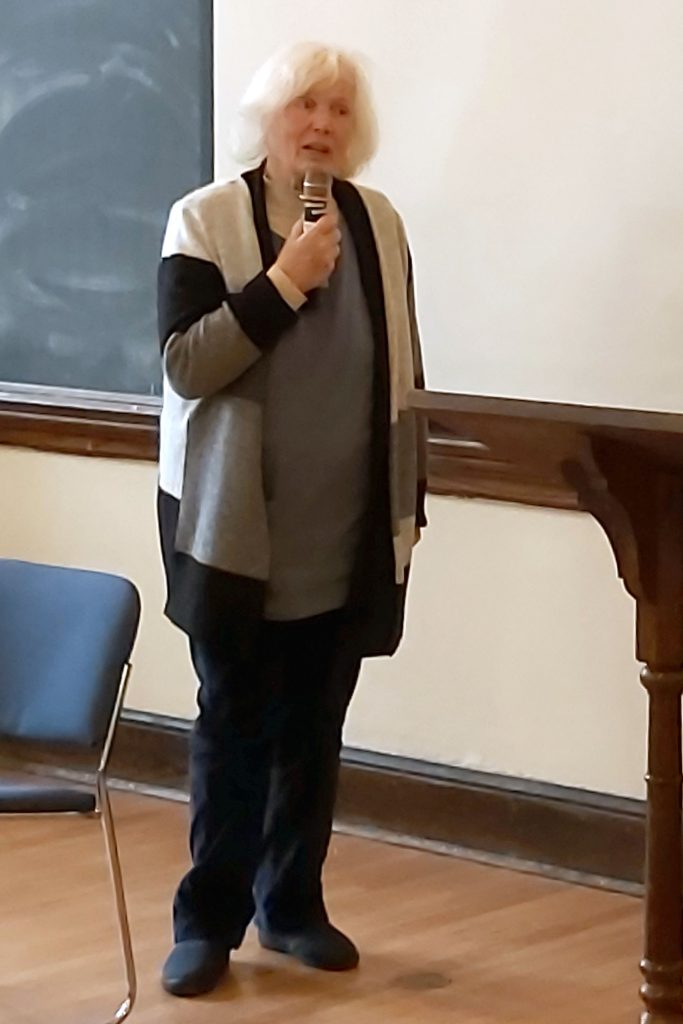 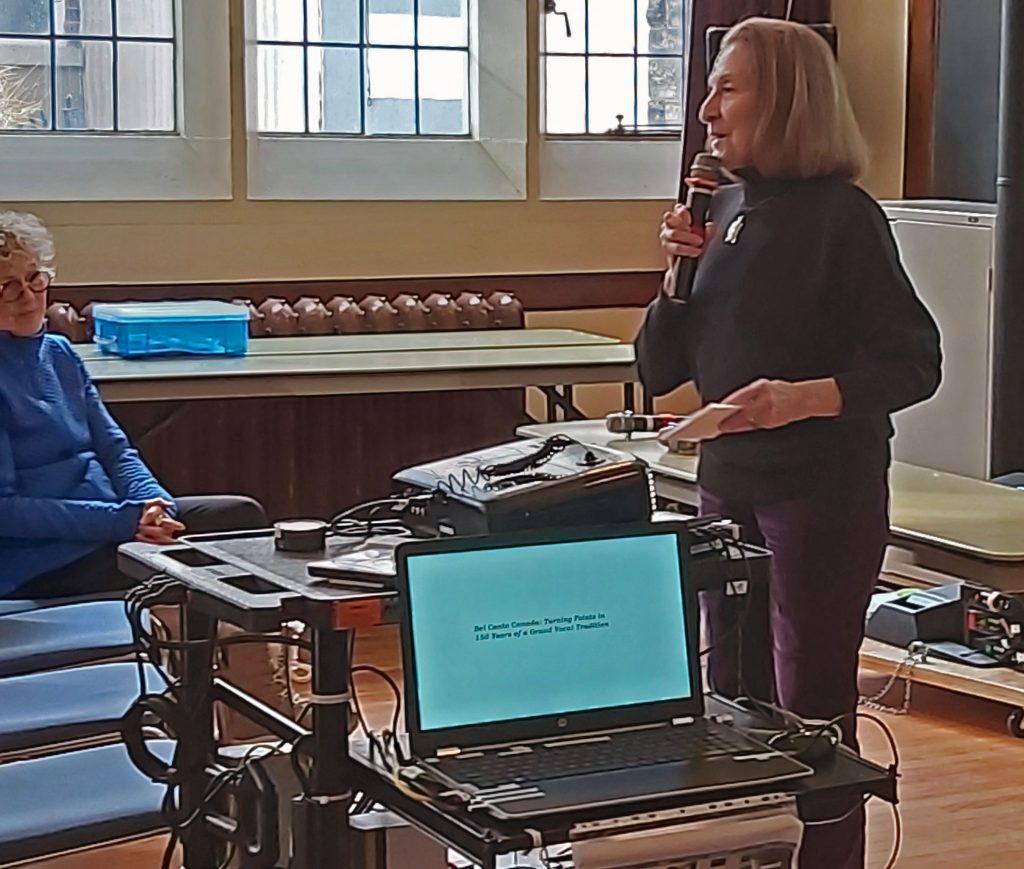