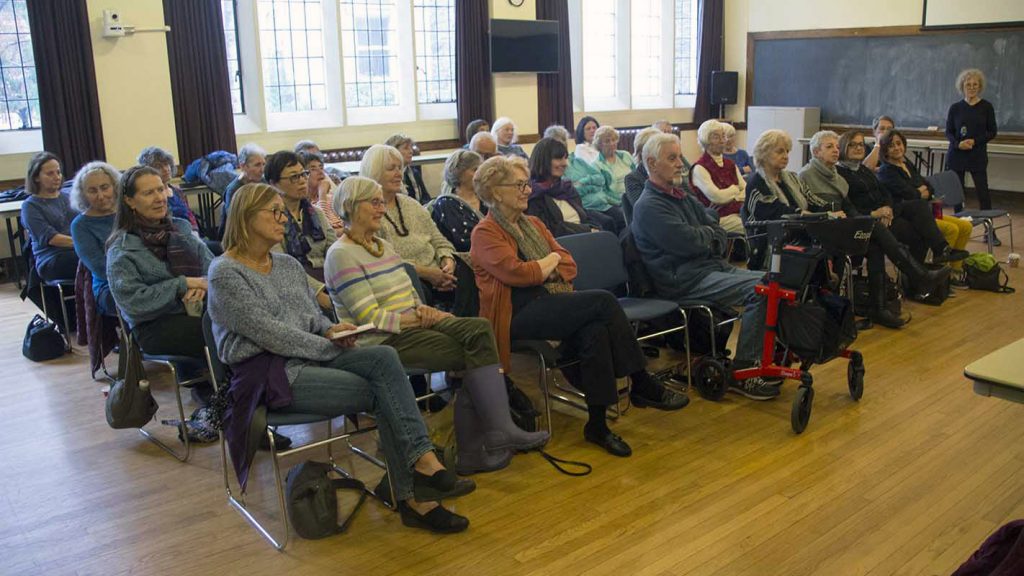 There were significantly more women than men in the Forum audience gathered on Wednesday October 16th to learn “How to Enjoy and Succeed at Online Dating for Seniors”. This was noted by one of our speakers, Academician, Peter von Bertoldi, himself living proof that it can also benefit men.

Peter was joined on stage for this entertaining, informative, and to me sometimes surprising, discussion by fellow Academy member, Brenda Doyle. Guest speaker, Elizabeth Laframboise, a professional Dating Coach MyDatingCoach.org, was welcomed by Moderator Ian Darragh, another member, who noted that severe winter weather had prevented this Forum from happening last year. Unfortunately Nancy Sewards, also a member, was ill and unable to participate – it would have been interesting to hear her perspective.

Ian noted that people now live much longer lives, the divorce rate for those 50 plus has doubled in recent years and there has been an explosion of seniors online. Then Brenda bravely told us her story: she joined the Academy some years ago when her second marriage was in free fall, and found a lifeline in the walks and stimulating workshops. But she really wanted a partner for travel and companionship so she joined Match.com and quickly discovered the importance of a carefully worded profile and honest photograph. She went on 20 coffee dates with interesting men from all over the world but met very few more than once. Then, my first surprise of the afternoon, she met Peter, with whom she felt an immediate bond. They have now been together for more than two years.

Peter, who had been a widower, then told us his story briefly. He had read a newspaper article on dating sites. His advice was to try to inject some humour into one’s profile and keep it fairly short, including those details that seem likely to be of importance to women. He had been attracted by Brenda’s profile, which revealed her interesting mind. His own revealed his humanity to Brenda.

The Moderator, Ian, then told us his story. After the breakdown of his marriage ten years ago, he joined OurTime.com. His first date included an aggressive pit bull terrier and the second was with an ardent admirer of Rob Ford! After that he created a 21-item screening questionnaire for prospective dates. The only woman to answer it to his satisfaction was guest speaker Elizabeth Laframboise. They have now been together for seven years. Another surprise for me and many in the audience!

Elizabeth then stressed the importance of safety – including using pseudonyms, call blocking, not revealing home addresses and Googling prospective dates. She advised thorough soul searching beforehand to discover exactly what one is seeking and what would be the deal breakers. It helps to have a trusted friend’s impartial advice. Online dating is definitely not a romantic process. Companionship is a good place to begin and can lead to romance.

The afternoon concluded with questions from the audience, many of whom had obviously had less positive experiences with online dating, and then Linda Tu offered the Academy’s thanks to the panel.

Kudos to the Talks Committee for another well-spent afternoon. 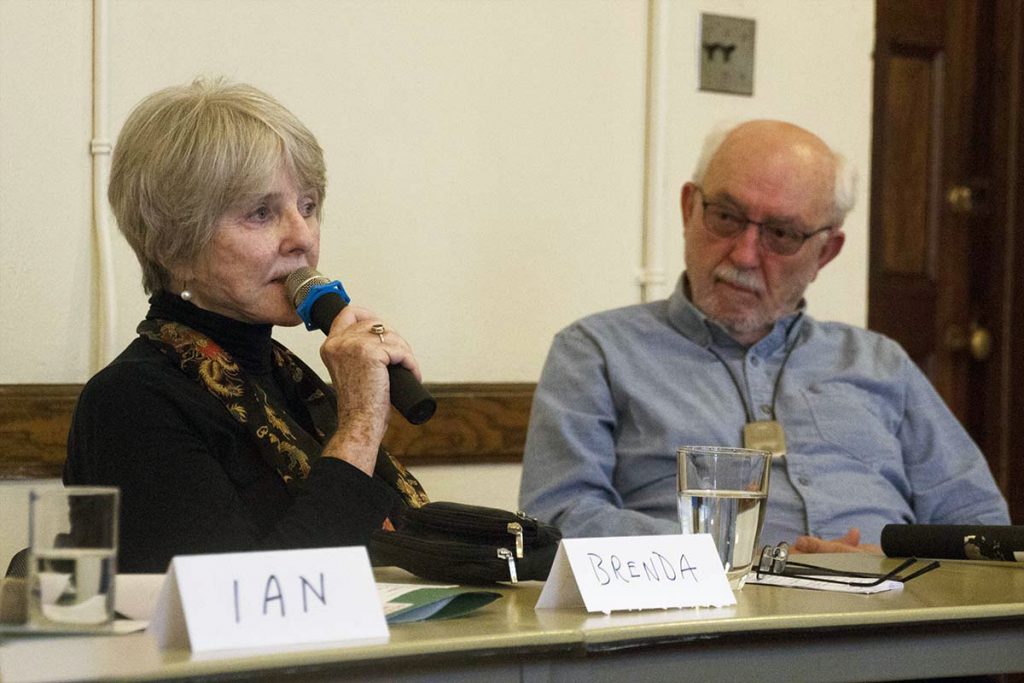 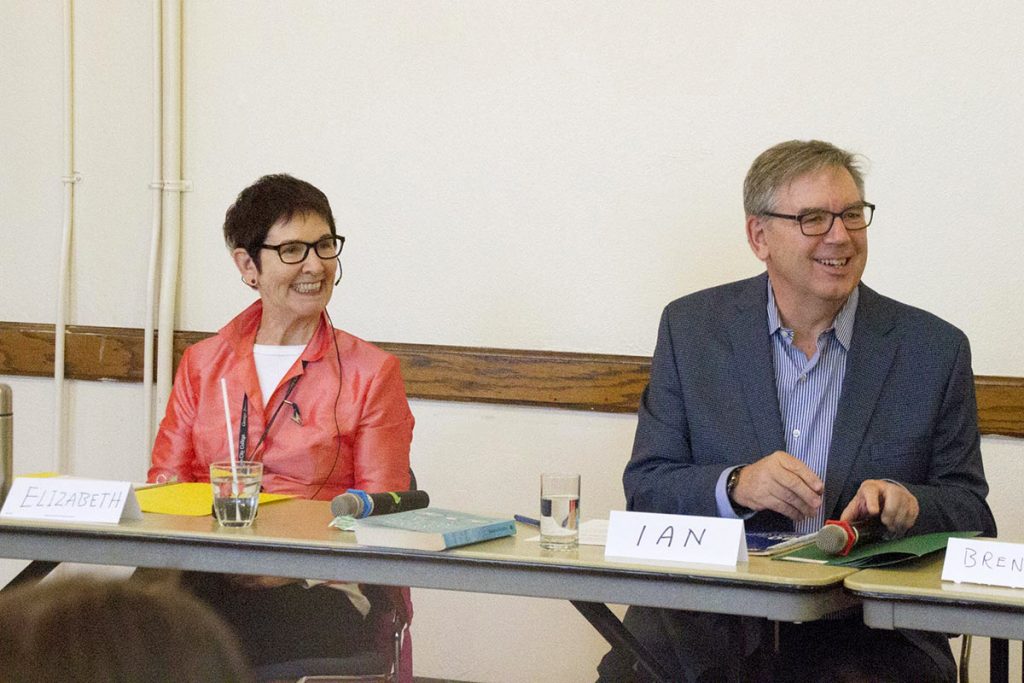