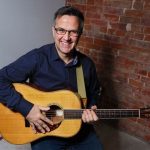 Dr, Mike Daley is a musician, musicologist, writer and freelance lecturer based in Toronto. He is writing a history of live music in the Yorkville district of Toronto in the 1950s and 60s. Joseph Bloor founded Yorkville Village, an independent village from 1853-1888, which was then annexed to Toronto in 1889. The village boundaries were west to Bedford Avenue, east to Sherbourne Street, north to Davenport Road and south to Bloor Street. There were numerous taverns in the area such as The Embassy and The Gaslight. In the 1950s citizens of this neighbourhood had a bylaw passed to stop the opening of more taverns and to encourage more coffee house openings. The coffee houses originated farther south at Gerrard and Bay Streets.

Some of these jazz and folk venues have recently been torn down. The Pilot Tavern on Cumberland is still open with live jazz Saturday afternoons; the Heliconian Club on Hazelton is open as a classical music venue. You can now see plaques where The Riverboat, The Penny Farthing and The Purple Onion used to be. Moe Koffman played jazz at the House of Hambourg. In 1959 Ian and Sylvia performed some of their songs, including “Four Strong Winds” and “Someday Soon,” at the Village Corner. Buffy Sainte-Marie wrote her famous Vietnam protest anthem, “Universal Soldier,” at The Purple Onion. In 1966 Joni Mitchell wrote a tribute song to Yorkville, “Night in the City,” and on a return trip to Toronto she first performed at The Riverboat her most famous song, “Both Sides Now.” Neil Young appeared as a solo artist at one of The Riverboat’s Hoot nights, then drove his hearse to L.A. He returned to Toronto in 1969 to perform again solo at The Riverboat. He paid tribute to this club in his song “Ambulance Blues.” Bruce Cockburn and Gordon Lightfoot played The Riverboat.

The Riverboat was the most famous of all Yorkville’s clubs, located at 134 Yorkville and owned by Bernie Fiedler, partner of Bernie Finkelstein, who managed many Canadian music acts. Finkelstein helped Bruce Cockburn make his name in the USA after the single “Wondering Where the Lions Are” became a hit in 1980.

In 1964 the British Invasion arrived with the Beatles appearing on the Ed Sullivan Show. The British galvanized the local record business and the popularity of the Beatles meant Capitol Records was looking for new acts. Toronto musicians were encouraged to adopt fake British accents. The music was changing from jazz, blues, R & B and folk to rock and roll.

The Sparrows, a Canadian blues rock band notable for bringing John Kay into the mainstream, moved to L.A. in 1966, reformed as Steppenwolf and had their first big hit, “Born to be Wild.” The Ugly Ducklings, Rolling Stone-influenced, ran Charlie Brown’s club on Cumberland. Their 1966 record Nothin’ did not do well at the time, foreshadowing Punk Rock. Luke and The Apostles were playing El Patio and The Purple Onion. In 1965 they signed to the Elektra Label; their advocate at the label was arrested; they broke up in 1967 and never made it big. The band Kensington Market drew large crowds at Boris’ Basement. At the Mynah Bird one could view go-go dancers gyrating in a glass booth. At the Friar’s Tavern on Yonge Street, Jon and Lee & The Checkmates, blue-eyed soul, had a high intensity sound, a combined USA and UK sound that was fully maximized.

The dynamic music of Toronto in the 1950s and ‘60s established Yorkville as strong competition for New York’s older and larger Greenwich Village. Yorkville was not just a grunge hangout.

Real estate speculators moved into Yorkville and most of the live music venues had moved by 1968,  killing the coffee house music scene. There had been 40 clubs featuring live music every night. Night after night the hippie superfreaks walked up and down the sidewalks, the bumper to bumper cars drove by with rubberneckers gaping at this strange scene. Dark times came when the bikers moved in and took over the drug scene!

Many thanks to Mike Daley and the Talks Committee for this entertaining and informative history, with accompanying videos, of The Yorkville Sound.