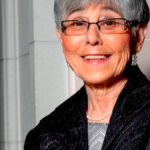 The Gender Lady, a film biography of Dr. May Cohen, is a truly inspiring tribute to a pioneer of women’s health. When Dr. Cohen entered medical school at the University of Toronto in the 1950s, the concept of women’s health did not exist. Indeed, the presence of female students, who comprised only ten percent of her cohort, was barely acknowledged by the faculty. As the product of left-wing, working-class Jewish parents, she was not intimidated by this stodgy conservatism. She and her future husband, Dr. Gerry Cohen, graduated at the very top of their class.

When Dr. Cohen entered medical practice, she brought with her two fundamental convictions: a belief in the importance of family and a belief that people in medicine should be advocates for the wider public welfare, not just for clinicians. Both these precepts shaped her subsequent career. To fulfill family obligations, she chose not to pursue specialty training, which would have required a delay in having children. Instead, she entered general practice, and in partnership with her husband, balanced the duties of patient care with the raising of three sons. On the public welfare side, she was drawn into the movement to repeal Canada’s restrictive abortion laws, which led to an awareness of the broader neglect of women’s health.

Much to the regret of her patients, she left private practice in 1975 to accept a position at McMaster University’s innovative medical school to teach family medicine, a field then in its infancy. She eventually became Associate Dean of the faculty. A complete list of her academic accomplishments is too long to enumerate here, but among the highlights were the introduction of a new program in Human Sexuality, which became an integral component of the regular medical curriculum, and the development of a comprehensive approach to women’s health, which was adopted across Canada and beyond.

One of the most important aspects of her career was her role as a mentor to other female doctors and medical students. When you worked with May, observed a former colleague, you worked really hard. Her standards were high but her approach was collaborative and supportive. She insisted on addressing problems particular to female practitioners, such as career choices and maintaining a work-life balance. In her own life, she demonstrated that it was possible to combine successfully both family and career, and to be heard as an influential advocate of women’s right to decent health care.

From the Q & A which followed the film, it is clear that Dr. Cohen’s passion for the improvement of women’s health has not abated. Both she and her former colleague, Dr. Cheryl Levitt, who participated in the discussion as one of the movie’s directors, lament that the field has become less prominent than it once was, even though there is still an enormous amount to learn about the specific characteristics of how women manifest and report illness.

Especially with women’s reproductive rights once again under intense attack, the need for brave, articulate defenders of women’s health remains essential. Dr. Cohen’s long record of compassionate advocacy is a valuable resource for an uncertain future.

Please consider sharing your own reactions to this Academy talk by sending them to ouracademy2021@gmail.com.