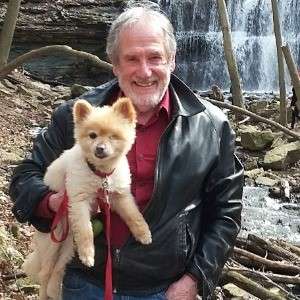 It is with sadness that we report to you the death of Harvey Anchel. Harvey died on October 19 after a fairly long illness.

Harvey graduated from McGill University in 1962 and went on to McMaster University to earn a PhD in Neuropsychology. He continued his research as a post-doctoral fellow at the Brain Research Institute, University of California, Los Angeles. Returning to McMaster in 1971, he joined the Department of Neurosciences in the Faculty of Health Sciences.

Harvey was one of the founders of the Behavioural Medicine Unit at St Joseph’s Hospital, established in 1977 to assess and treat people suffering with chronic disabilities. From 1977 to 2015, Harvey was involved in interdisciplinary rehabilitation services, initially as Director of Clinical Services at the Behavioural Medicine Services and later as the president of two companies he established, MRS Health Services and Matrix Health Services. Throughout his career, Harvey worked hard to help his patients live better, more productive lives.

Harvey brought his hard work and enthusiasm to the Academy. In particular, his contributions to the Economist Readers workshop were always well informed and delivered with great gusto. Both he and his wife, Gillian, participated in other workshops such as the Web of Natural Science.