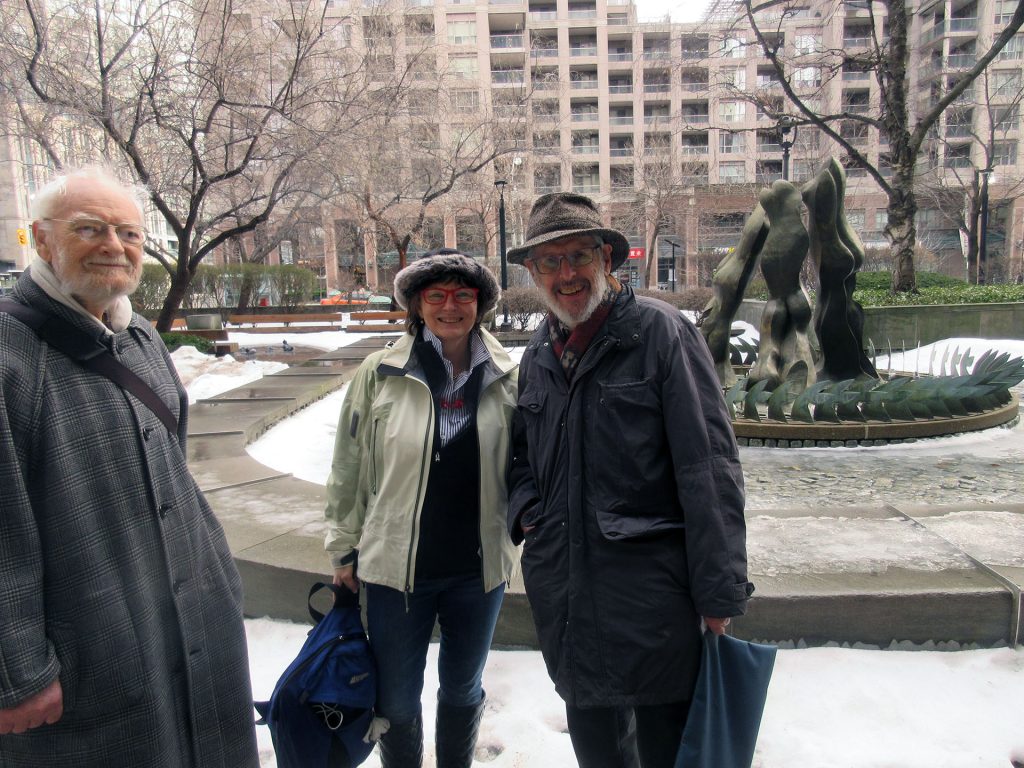 No mystery about Ken’s almost ‘coat-free’ Queen’s Park Magical Mystery Tour. For the 15 who joined Ken on this mainly indoor tour it was a total success with many delightful surprises and art galore both in and outside the hallowed grounds of the Ontario Public Service Buildings that are anchored by the ‘Macdonald Block’ (named after the first premier of Ontario). We were delighted to get access to the John Baird Gallery (destined for closure in April) and wonder at some truly thought-provoking works, including the center piece i.e. David McClyment’s ‘Arrival’ which engendered much speculation. From there into the tunnels connecting us to the MARS complex, TGH and across to Mount Sinai’s Hennick Family Wellness Gallery, where the tropical temperature forced an early exit. The tour ended in the former Ontario Hydro (now ‘Power’) Building with a satisfying lunch at Swiss Chalet. 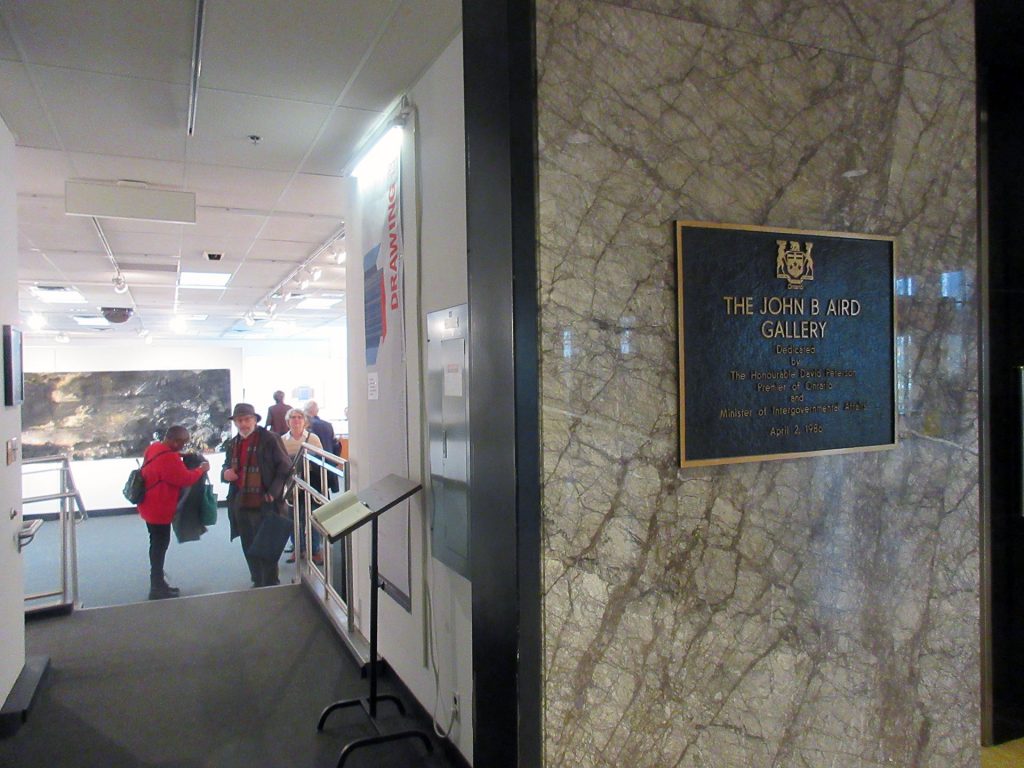 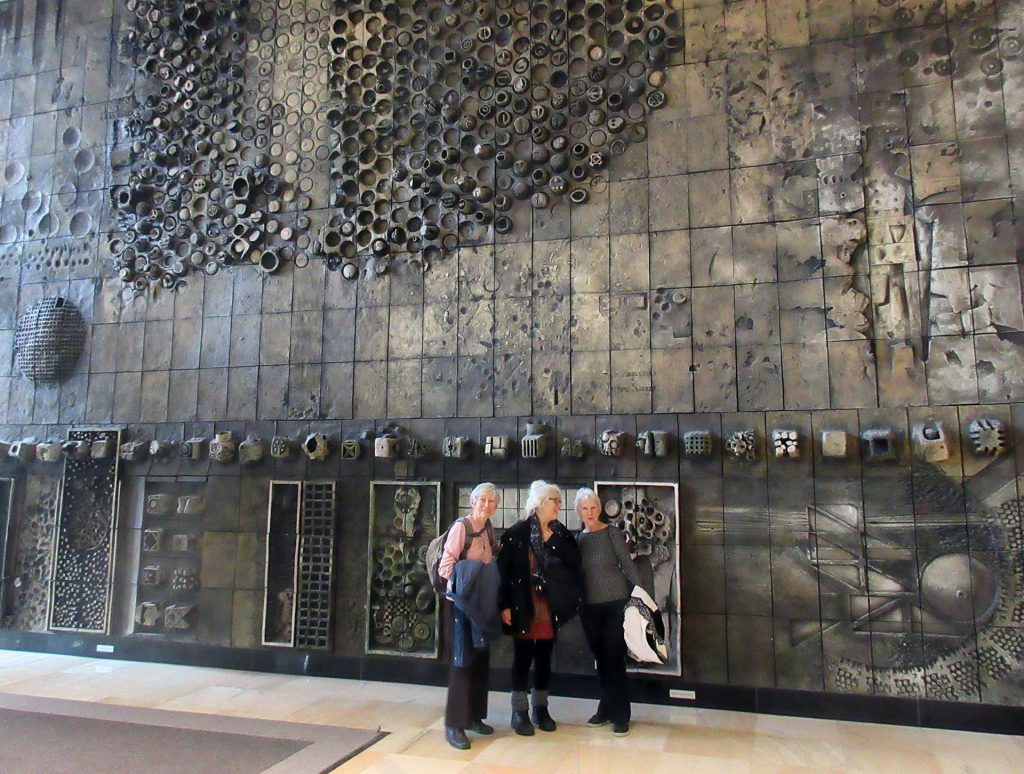 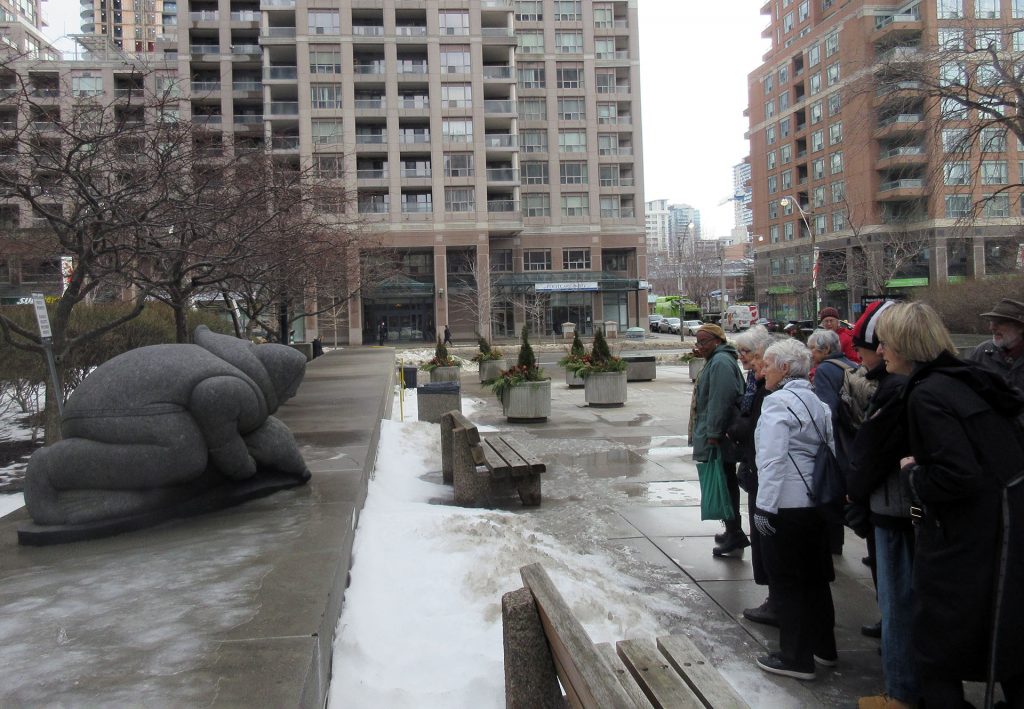