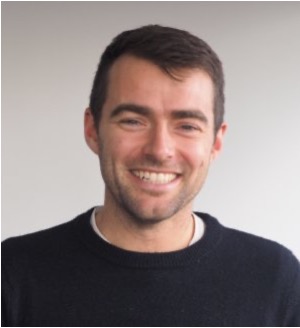 Fraser suggested that the 2020s were the most critical decade yet for climate action. Currently one proposed environmental target is a 1.5°C temperature increase in average global temperature over pre-industrial levels, a goal unlikely to be reached at current levels of carbon dioxide emission. Even a 2.0°C increase would harm hundreds of millions more people, and current projections suggest 3.0°C as likely without serious action. And even at lower levels, there is concern of an irreversible tipping point where ice sheets in Greenland and Antarctica slide into the ocean or permafrost melts, releasing both carbon dioxide and methane, an even more potent greenhouse gas. Fraser suggested that there is a political crisis of government inaction at all levels. The targets for Rio, Kyoto and Copenhagen agreements have all been missed, with the Paris Agreement the newest hope.

Youth are key to action on climate change because their future is a consequence of our current action or inaction. Their anxiety and fear for the future is part of the mental health impact arising from climate change. As such, Fraser is working with a diverse group of seven young clients from across Ontario who have launched a lawsuit against the Ontario Ford government that repealed, on taking office, laws to reduce pollution. One of Fraser’s clients stated that “it’s important for me to be part of this lawsuit because my generation deserves a future”.

Fraser sees two opportunities, one human and one legal, that offer hope. Firstly, youth offer new ideas and energy: they are effective and energetic spokespersons for the environment. Secondly, Canada has human rights legislation that offers equality rights and Charter rights as a means to challenge government action. Governments can make and change laws, but they cannot violate constitutional or Charter rights. The Ecojustice suit asks the question: “Has the state consciously engaged in activity that will harm the planet and therefore infringe on the rights of citizens?”. It hopes to force the provincial government to adopt science-based targets for greenhouse gas emissions. So far, since its launch in November 2019, Ecojustice has successfully fought the Ontario government’s attempts to quash the suit and it is likely to go to trial.

The discussion that followed Fraser’s presentation covered a wide range of topics, many beyond the scope of this topic: other cases being launched across Canada; infringement on indigenous rights; the Ajax Duffins Creek controversy; the Tragedy of the Commons and local environmental action compared to that of China and India; and, the consequences of a future change of government.

Fraser clearly showed his passion for Ecojustice’s environmental mission and we look forward to getting updates on the progress of the lawsuit.

Fraser has attached the following two links for follow-up support for these issues: the first, for  the youth in the  Ecojustice case against the Ontario  government, and the second, in support of  Bill C12

Here are the links: