Academy for Lifelong Learning Toronto webinars offer stimulating food for your brain, featuring presentations on a cornucopia of topics. Participants are encouraged to ask questions at the end of each talk.

Presentations are via Zoom during the COVID pandemic. Academy members automatically receive an invitation to each Forum via email. If you want to attend one of these forums and are not currently a member of the Academy for Lifelong Learning Toronto, please scroll down to the bottom of this page for more information.

For more information about Academy Talks

If you are not currently a member of the Academy for Lifelong Learning, you can request information about the Academy’s Talks Program by sending an email to: OurAcademy2021@gmail.com

If you are interested in joining the Academy for Lifelong Learning, please visit our membership page for details. Members of the Academy automatically receive emails to register for Academy Talks. The Academy warmly welcomes new members. 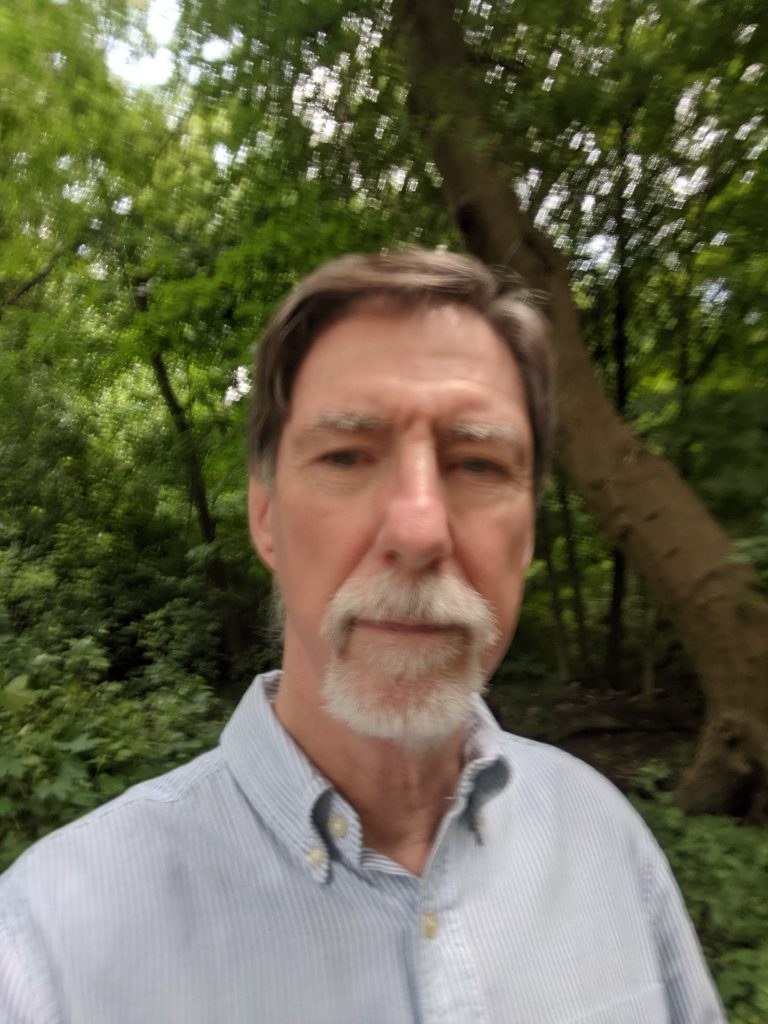 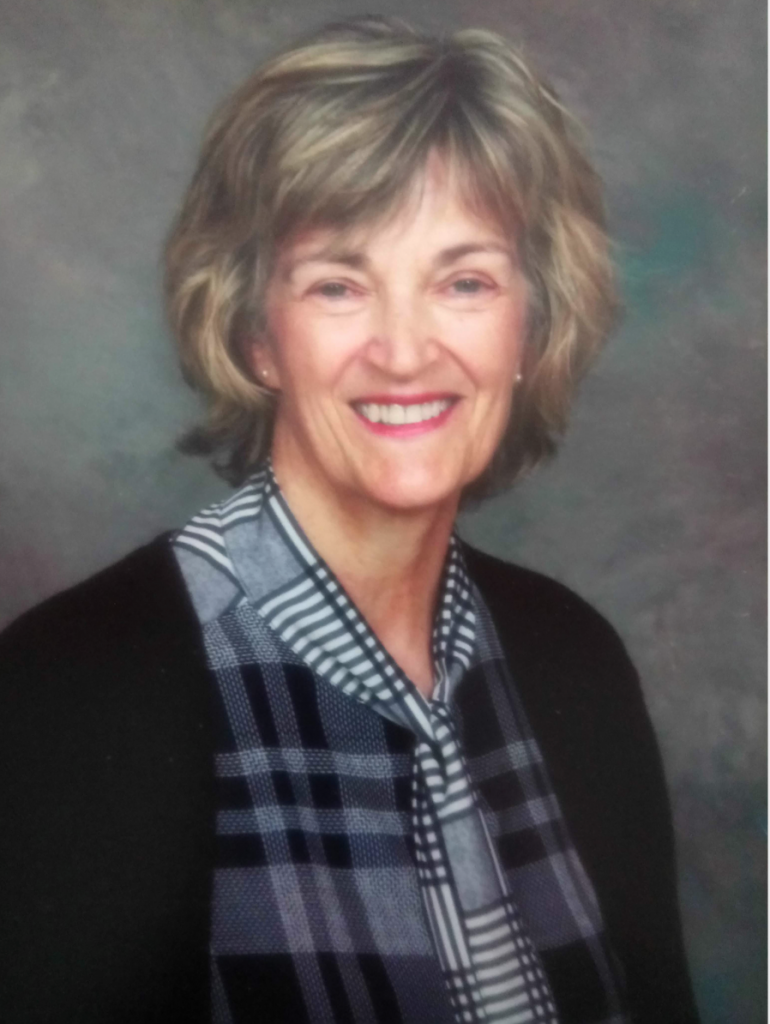 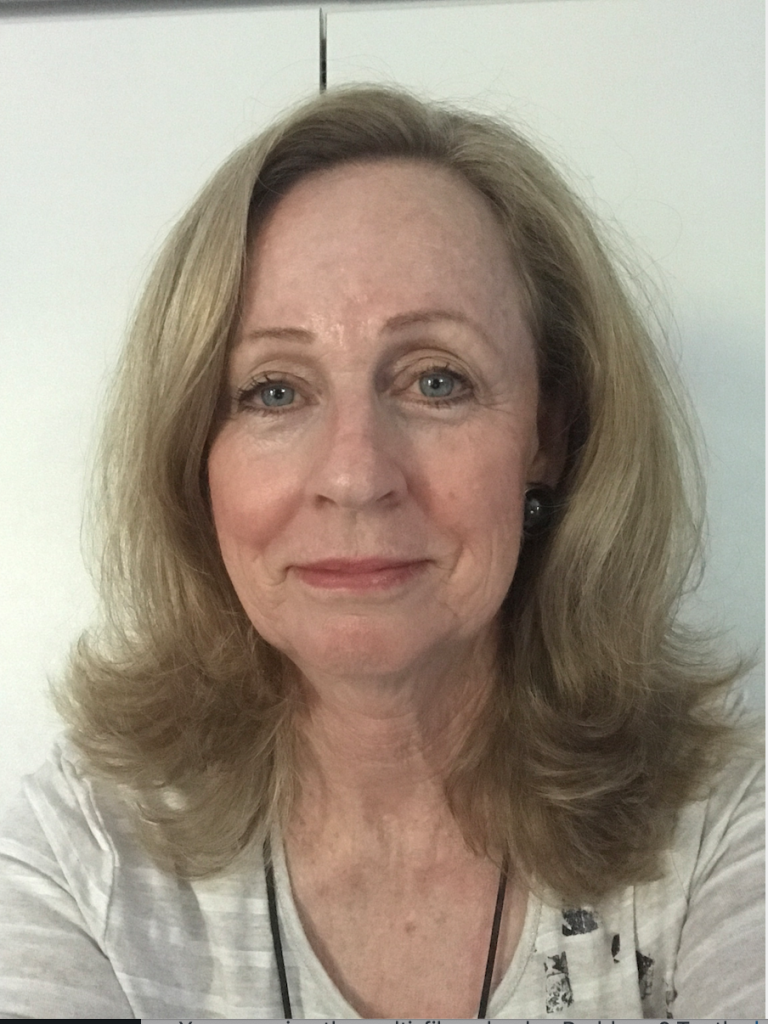 The following presentations by fellow Academy members were chosen by their Facilitators as
outstanding exemplars to share: 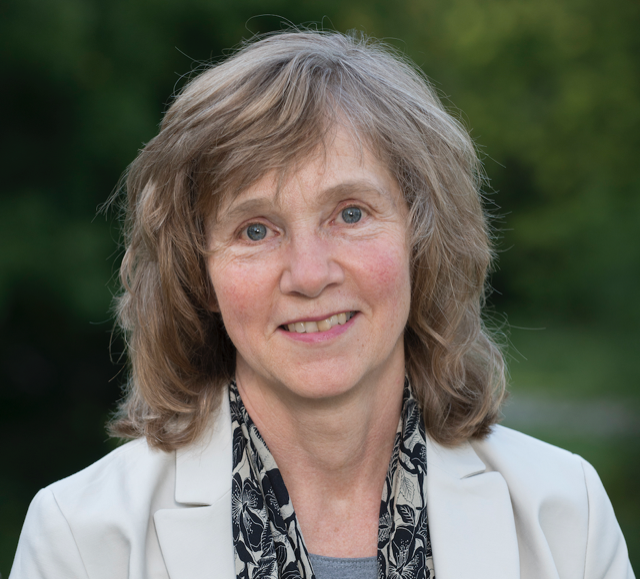 Nature is not a frill for Toronto or any rapidly growing 21 st  century city. Residents need nature
nearby for daily mental health. Natural lands also buffer our cities against flooding, heat and air
pollution. But Toronto’s nature is under pressure - from development, fragmentation and being
loved to death. This talk will muse on adding nature to Toronto’s urban fabric. It will showcase
successes like the Brickworks and the Meadoway. And it will look ahead to transforming
municipal golf courses, institutional grounds and private lands into corridors of restored nature.

Toronto Field Naturalists connect people with nature in the Toronto area. They help people
understand, enjoy, and protect Toronto’s green spaces and the species that inhabit them.  They
have been offering guided walks, lectures, stewardship and citizen science initiatives since
1923. They also own and manage several nature reserves. 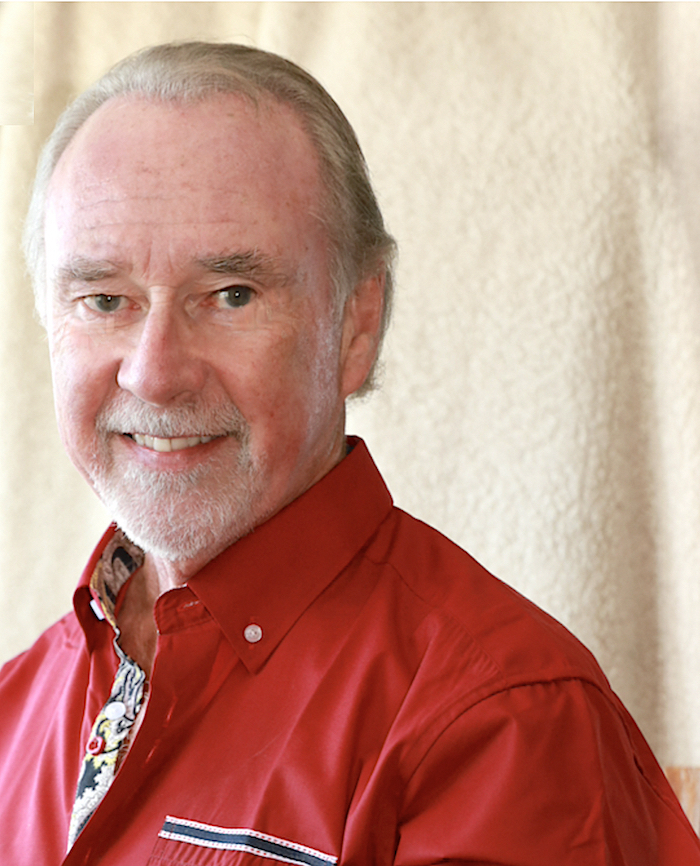 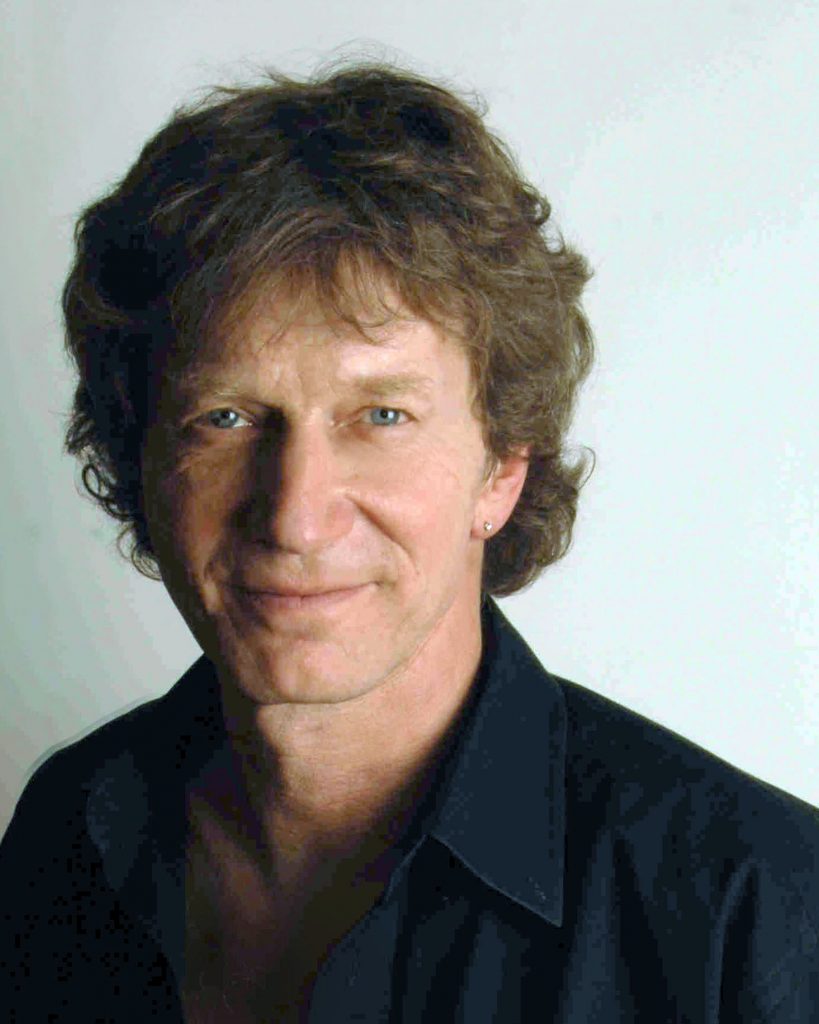 Until I Smile at You: The Ruth Lowe Story: How One Girl's Heartbreak Electrified Frank Sinatra's Fame - Tom Sandler and Peter Jennings

Tom Sandler, Ruth Lowe’s son and Peter Jennings, author of the memoir “Until I Smile At
You” will share stories about the life and times of the amazing composer of “I’ll Never Smile
Again”; “Put Your Dreams Away” and many other songs for Broadway and Hollywood.

Tom Sandler, born in Toronto in 1950, lived and went to school in Forest Hill. Tom’s passions
in life are music, photography, inventing, cooking, yoga and, being happy. His self-taught
photography career was launched at age 25. He was the official photographer for Toronto’s
Harbourfront Centre from its earliest days until 1989. Tom Sandler Photography has covered the
gamut of subjects: corporations, diplomats, galas and events. He was the Toronto Star’s social
page “City Nights” photographer and has done similar work for the Globe &amp; Mail. His clients
have included The Lt. Governor of Ontario, the Premiers of Ontario, the Weston Family, Peter
Munk, the Giller and Writer’s Trust Prizes and a host of charities including UNICEF, the Royal
Conservatory of Music and the Royal Family while in Toronto. Married with three children, Tom
has a passionate mission to ensure his Mother, Ruth Lowe’s story is told and, to see that her
amazing contributions will be fully recognized in Canada.

Peter Jennings is a creative, non-fiction author and member of the Writer’s Union of Canada.
His eight books are published by Castle Carrington Publishing in Victoria B.C. Prior to writing
full time, Peter was a corporate communications executive. His expertise covered all elements of
advertising, PR, and production for numerous businesses from McDonalds, RBC, IBM, Coca-
Cola to niche start-ups. Peter was educated at Upper Canada College where he wrote and
produced feature length films. He also attended Trinity College and University of Toronto. His
career achievements include roles as VP, General Manager and Producer at Rogers and Southam
and as Senior Producer at IBM Canada. Peter lives at Mundy’s Harbour, Midland on Georgian
Bay and enjoys cooking, travel, music of all stripes, and spirited conversations with good friends.

Adoption, stressed Karen Lynn, is always about loss – for both parents and children. As a 19- year-old single mother in the 1960s, she was forced to give up her child at birth. It took 35 years for her to reunite with her son. Michelle Edmunds was taken into custody by Children’s Aid at age two. After three and a half decades of searching, she finally reconnected with her birth mother, just a few months before the latter’s death. These heart-rending experiences were the foundation of their talks to the Academy Forum on Adoption.

When she got pregnant in the early 60s, Karen became entangled in lingering but deeply entrenched Victorian assumptions about the unfitness of mothers who gave birth out of wedlock. Immediately after delivering her baby, she was prevented from holding and breastfeeding him. Later, after erupting at the sight of a staff note claiming that she did not wish to feed her child, she was finally allowed to nurse him, but lacking experience and psychologically distraught, she felt her only option was adoption. Her story is typical, as she learned when she went on to found the Canadian Council of Natural Mothers (a lobby group that advocates for the rights of women who have put children up for adoption) and came into contact with many others who endured similar treatment. The pain of losing a child to adoption, they attest, is intense and enduring.

Michelle was bombarded by different sorts of negative messages – that it was disrespectful to her adoptive parents and a sign of maladjustment to want to find her natural family, that she should be grateful for having been taken in, that she was lucky just to be alive and that intruding on her birth mother’s life would ruin it. Told that searching was wrong, it nevertheless felt right to Michelle. Driven by the innate human desire for genetic connectedness and unable to suppress fundamental questions about who she was and where she came from, she pressed on, processing snippets of often unreliable information provided by the state, working around the secrecy of the official system through research and pressuring the government to unseal original birth registrations. Eventually, she located her natural family, reconnected with it and developed strong relationships with some of her siblings, but the process required protracted struggle.

Social pressures to put children up for adoption have eased significantly in the last half century. Unwed motherhood is much less stigmatized. Mothers’ Allowances provide a modicum of financial support for single parents. Family preservation is now a higher priority. That said, all too often the concerns of adoptive parents and the adoption industry remain paramount. The system has yet to successfully prioritize the needs of the children involved.

The sense of belonging is surely one of the most complex human emotions. Once fractured, it is difficult to mend. Karen Lynn and Michelle Edmunds make a compelling case for putting an end to coerced adoption and for ensuring the right of adopted children to know the identities and histories of their birth families.

Academy Fall Debate - Whither the Monarchy?

The Academy’s second fall forum focused on whether or not Canada should abolish the Monarchy. It’s a timely topic, with Canada having evolved into a multicultural nation with fewer ties than ever before to the United Kingdom.

Academy members were treated to a lively, informative and entertaining exchange of ideas so fundamental to our political system. Under the deft hand of moderator Linda Tu, the four debaters adhered to the strict time limits, allowing ample opportunity for subsequent discussion and summary.

A poll taken prior to the debate showed a remarkably even split: 14 participants in favour of abolishing the Monarchy; 14 opposed; 13, undecided.

Priscilla Platt began the debate by underlining the unrepresentative nature of the current Monarchy. Having a foreign non-resident ruler as our head of state seems incongruous, she maintained, to Canada’s present reality. Canada is no longer a colony but a distinctive nation in its own right. Why should Canada be bound to a British ruler? Moreover, why should Canada follow ancient rules of primogeniture passed by a foreign government?

The Crown, Priscilla pointed out, has presided over some highly disturbing aspects of Canada’s history. Over a million Indigenous children were forced to attend residential schools run chiefly by the Roman Catholic and Anglican churches. First Nations youngsters were ripped away from their parents, language and community and sent to live in harsh conditions designed to rob them of their culture. An estimated 10-15% died while in the care of these government-sanctioned institutions. Queen Victoria presided over Canada during much of this period. Perhaps, then, her successor, the Queen today, should apologize for the Monarchy’s role in this abysmal tragedy.

Continuing the abolitionist position, Sheila Neysmith contended that doing away with the Monarchy would pave the way for a “made in Canada” head of state. That office might take many forms. It might be a president, separate from the head of government, who would be elected or appointed. Having a British monarch might have made sense when Canada was in its infancy, a nation born of two founding nations. But that is no longer the Canadian reality or experience. Contemporary Canada has a rich diverse culture made up of peoples from all over the world and it is time to move away from a British ruler.

The opposing side was led by Chris Marston. He focused on the Monarchy’s longevity, ceremonial importance and its symbolism as an institution that rises above the politics of governing and therefore unites the nation. Noting the Monarchy’s 900-year history, Chris contended that “constitutional monarchy is brilliant,” providing an important ceremonial figure, the symbol of our nation. That person can allow us to celebrate good times and outstanding achievements, affirm our best aspirations and convey comfort and hope during difficult times.

The final debater, Greg King, outlined a series of practical problems. Doing away with the Monarchy in Canada would be no mean feat. It would require the approval of the federal parliament and all provincial parliaments. A lengthy and time-consuming process, this endeavour would take focus and energy away from other pressing issues such as the economy and reconciliation with the First Nations. Relations with the latter groups would be thrown into confusion since the treaties enacted by the various First Nations were with the Crown.

Many of the nations that enjoy the highest standards of living are constitutional monarchies (e.g. Canada, Denmark, Sweden, Norway, the Netherlands, Australia, New Zealand, and, of course, the United Kingdom). So, Greg asked, what would be the alternative to Monarchy?

Participants raised a number of issues. Some were amusing, e.g. if we were to abolish the Monarchy, what would happen to Queen Victoria Day? On the other hand, some contended that the current royal family seems dysfunctional (the Queen herself excluded). Some questioned the costs of maintaining the infrastructure of Monarchy federally and provincially as well as its outdated character. Others wondered if the Crown represents a unifying force across various nations as in the member states of the British Commonwealth.

Many thanks to the moderator – Linda Tu – and the debaters – Priscilla Platt, Sheila Neysmith, Greg King, Chris Marsden – who took the time to prepare excellent presentations, answered questions, clarified stands and carefully defended positions. It was a delightful hour and a half contemplating the future that might be Canada’s.

At the end of the debate, another poll was taken. Results favoured the abolitionists: 20 for abolition; 12 opposed; 6, undecided.

GIVE US YOUR SUGGESTIONS FOR TOPICS AND SPEAKERS!
Scroll To Top