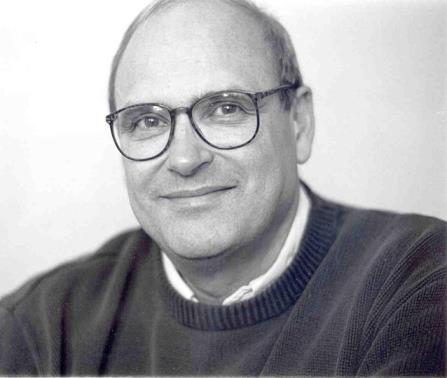 It was a book that many publishers rejected, convinced that a history of Canada’s refusal to help European Jews in a time of absolute peril would never recoup its costs. Fortunately, Malcolm Lester, of the publishing company Lester, Orpen & Dennys, understood that it told a story Canadians needed to know, and four decades later, None Is Too Many is still considered one of our nation’s most important books.

According to Professor Harold Troper, its creation was something of a fluke. It had never occurred to him that our past had such a dark side until a graduate student reported finding a file in the archives that might interest him. That file contained information about Canada’s response to the voyage of the St. Louis, the ship that left Germany shortly before the outbreak of World War Two, carrying hundreds of people desperate to escape the Nazis. Like every other nation in the Western hemisphere, Canada flatly refused to accept any of the refugees.

The subject would make an interesting article, he thought, but it would require an understanding of political processes and personalities, for which he had no background. To cover that side of the story, he enlisted the help of fellow historian, Irving Abella. Once they began to comb the archives, they discovered a far more substantial body of sources. Their intention morphed from an article into a book, one which would document the Canadian government’s approach to European Jewry up to the outbreak of the war. At that point, they reasoned, surely attitudes must have changed. It took more time and research for them to realize that, in fact, saving Jews was never a wartime goal. Anti-Semitism remained ingrained in Canadian policy until well after the war ended, so the scope of their research expanded yet again.

Once published in 1982, the book became an immediate success. Professor Troper attributes its reception to the fact that at the time, the Vietnamese refugee program was at its height. None Is Too Many could be read as a marker of how much more enlightened the nation had become.

Professor Troper’s talk was engaging throughout, but perhaps its emotional peak was an anecdote he told about receiving a phone call from a stranger shortly after the book’s release. The caller explained that before the war, she had tried desperately to obtain visas to Canada for close relatives. She had failed, her loved ones had perished in the camps, and she had felt guilty ever since for not doing enough to save them. The book had made her realize, as Professor Troper affirmed in their conversation, that her efforts never had a chance of succeeding. Nothing could assuage her sense of loss, but there was absolutely no reason for her to feel guilty. This was, said Professor Troper, the most important review of the book he has received.

Another thought-provoking moment came in the Q and A, with a question posed by Linda Tu. How will Canada respond, she wondered, when global warming and rising seas create millions of climate change refugees? Alas, Professor Troper could not say. 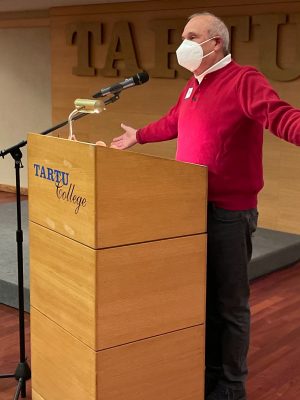 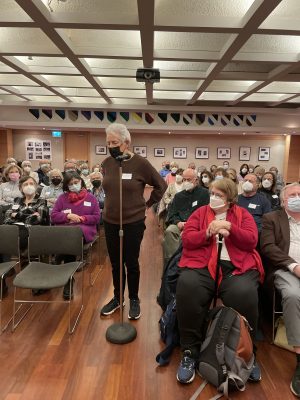 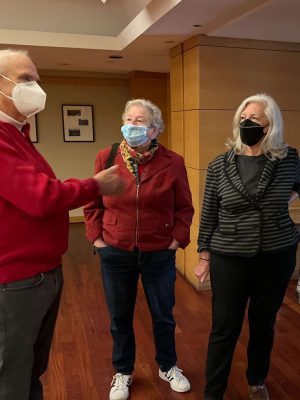