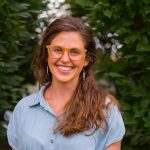 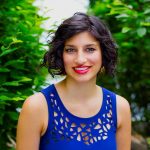 This forum featured the work of STEPS Public Art. This organization works to engage and empower artists and communities in transforming public spaces into vibrant places. Alexis KaneSpeer, the Founding and Executive Director, and Anjuli Solanki, the Director of Community Programming, gave an engaging, informative and very visual presentation.

STEPS (Sustainable Thinking and Expression on Public Space) has received numerous awards for their programs, including the National Culture Days Innovative Event Award, the NXT City Prize and Imagination Catalyst Best Social Enterprise Award. Since 2011, they have produced more than 300 public art installations as well as providing hundreds of artist and youth leadership opportunities.

Alexis and Anjuli started by talking about what public art is — art created for the public but in many forms, whether the political wall graffiti of Banksy or the whimsical sculpture of a girl facing a bull on Wall Street or the huge silvery “bean” in Chicago. Murals and sculptures integrated into architecture can also qualify as street art. All are intended at their best to evoke an emotional response in the viewer.

The organization’s website, https://stepspublicart.org/, shows many of the colourful and creative installations that they have produced. In all, they have tried to incorporate central guiding principles represented by six key verbs: connect, engage, transform, build, exchange and celebrate. The artists must connect to the community and become familiar with it in some way. If the artists are not residents, they undergo an education/ familiarization process so that the work they produce is meaningful to the community. STEPS strives to engage with the community through surveys and meetings during the planning stages. For example, over 200 local residents had input into the design of the huge wall mural at St. Clair and Yonge. Many projects are created to transform the neighbourhood. For example, painted construction
hoardings and the Roncesvalles pedestrian bridge over the Gardiner have improved bleak industrial landscapes. The projects seek to build capacity in the artists. For example, painting of hoardings by students increases not only their skills as painters but also the mentoring abilities of the artist. Finally, STEPS creates public events in which artists and community members exchange ideas in learning about the art after completion. The public events, often with entertainment, allow the artists and community to celebrate the achievement.

STEPS had a response to COVID different from many other organizations: they scaled up instead of down. They more than doubled their staff, budget and number of projects as well as expanding from Toronto mainly to nine provinces. COVID had created a huge need in the artistic community as income fell and galleries became unavailable. However, street art offered an opportunity. Their Main Street Recovery program produced 434 sites involving 120 artists in the two years following. They produced art not just on public streetscapes, notably in Brampton and Toronto Chinatown (see the aforementioned website), but also in stairwells and interior spaces in partnership with Tridel and BMO.

Overall, Alexis and Anjuli provided an optimistic and engaging presentation. They encouraged Academy members not only to explore their website, but also to download their free, highly visual app. The STEPS Public Art app allows you to find installations near you, visit faraway projects virtually, learn about the projects and artists, and go on self-guided walking tours.