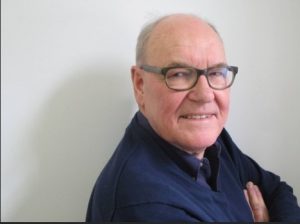 Susan Schwartz introduced our guest speaker, John Sewell, who is a well-known Toronto activist. He was a member of Toronto City Council 1969 -1984 and Mayor of Toronto 1979-1980.

John has strong opinions about policing. He began his talk by giving us some data about policing in general across Canada. He pointed out that Canadian cities, especially the eastern ones, are really very safe. Indeed, the crime rates have been falling since about 1990. In 2001, there were 105 violent crimes per 100,000 population and in 2018 there were 55/100,00 population. In Canada, there are between 152 and 223 police per 100,000 people (Toronto has 167). He said that the number of officers does not correlate well with the crime rate. On average, there is about one violent crime per year per officer. Officers on patrol duty also do not seem to be effective in stopping crime, yet the police spend about 2/3 of their time on patrol.

John was very critical of the Toronto Police Services Board, calling it “toothless”; for instance, the practice of carding and strip searches continued even though Ottawa had ruled against these practices. He blames the Toronto Police Association for lobbying against any changes in police practice in Toronto.

John has come up with seven points for the New Policing Agenda in Toronto:

In conclusion he said that councillors and the public should address these issues with the Police Board and demand results.

The Q&A session provided many questions, ably moderated by Susan. For instance, a member asked why the Police Board is so “toothless”; John answered that the members don’t seem to listen; “it is like talking to a brick wall,” he said.

John continues his push for better policing with his most recent book, “Crisis in Canada’s Policing” and he is currently the co-ordinator of Toronto Police Accountability Coalition. He was awarded an Order of Canada in 2005.