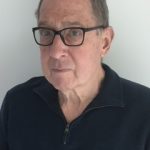 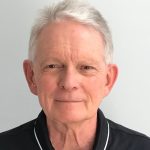 As it turned out, the two offerings at the Presenting the Presenters Fall Forum were surprisingly
complementary. Barrie Wilson’s discussion of the film, Profile, and Don Plumb’s explanation of
non-fungible tokens both dealt with the mystery of human desire.

Profile, first released in 2018, was inspired by the experience of a French journalist who was
assigned the investigation of online recruiting of young women by the terrorist organization,
ISIS. In real life, she had a steady job and was on the verge of moving in with her boyfriend, but
after only a few days of posing as a potential convert, she was prepared to get on a plane
bound for Syria. The film version of the story places the heroine in London rather than Paris,
but accurately depicts the methods of seduction used to lure her. She succumbs to declarations
of eternal love by her social media confidant, combined with promises of an idyllic suburban life
in a caring community – expectations that are abruptly shattered on arrival. The director, Timur
Bekmambetov, tells the story almost exclusively through internet screen shots, a technique that
is low-budget, Covid-safe, fast-paced and true to the way people now communicate. Sadly, the
film is also true to contemporary life. According to Barrie, by 2018, over 5,000 women had been
lured to Syria, victimized by their own gullibility and feelings of alienation, as well as ISIS lies.

Non-fungible tokens, or NFTs, another product of computer wizardry, are digital files, marked in
a way that makes them unique, and protected by block chain technology that makes hacking
virtually impossible. Paintings, video clips, songs, sound bites – all these sorts of things can be
recorded as digital files. When marked at NFTs, they become one-of-a-kind works of art or
collectables, not very different, in Don’s view, from something like an exceedingly rare sports
card. For techno-peasants like me, the mystery of NFTs begins with the processes of digital file
compression and the block chain concept, subjects that Don thankfully avoided. Instead, he
focused on the mystery of why purchasers are willing to spend thousands, in some cases
millions, of dollars for images and sounds that are often available for free in virtually
indistinguishable form. A painting by the American artist known as Beeple is a case in point. In
2021, an NFT version sold for 69 million dollars. It doesn’t exist in tangible form and anyone
with access to the internet can see what it looks like.

For Don, NFTs have some positive aspects. They provide artists with a new way to market their
work, and they expand the kind of art available. On the other side, they are susceptible to
counterfeiting, their production requires a lot of energy, and they amplify the gross disparities
of wealth in contemporary society. The willingness and ability of a few one-percenters to pay
exorbitant amounts for intangible baubles perhaps helps to explain the alienation that fed the
ranks of ISIS.

Both presentations were artfully delivered in an engaging, conversational style. As usual, the
Talks Committee chose well.