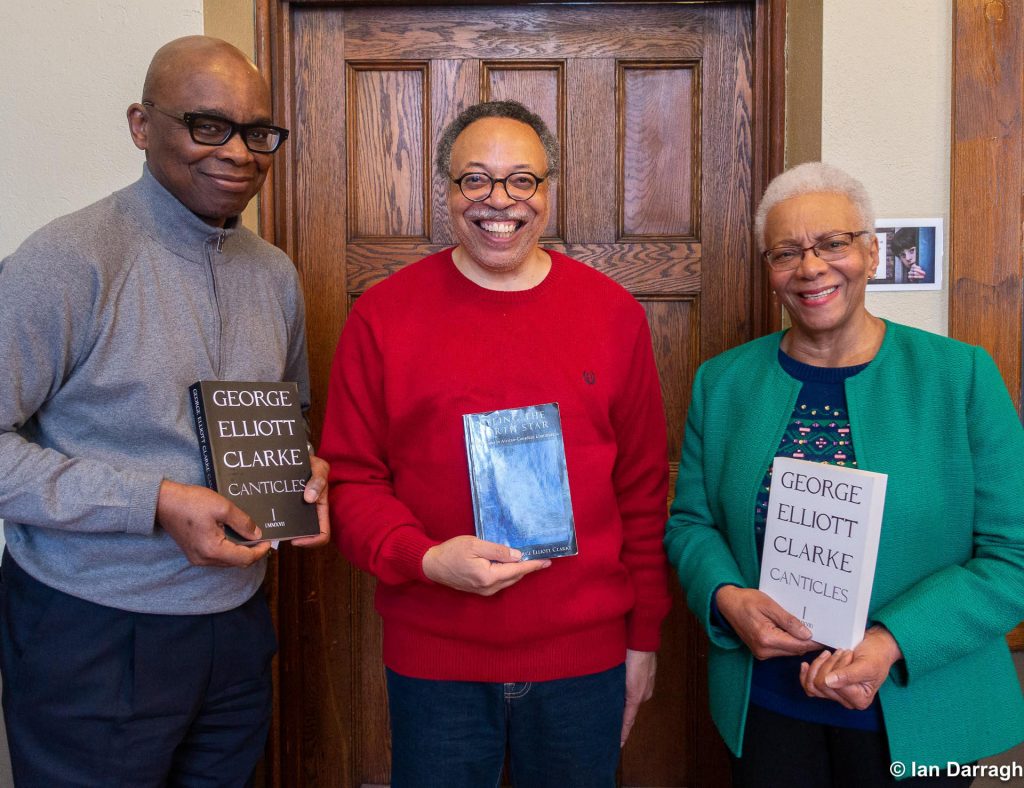 Attendance at this forum to mark Black History Month was small due to the weather; however, the guest speaker, Professor Clarke, kept the crowd enthralled for the complete two hours with his engaging style.

An Africadian (Afro-Acadian)  poet, author, playwright, and academic, Professor Clarke, who holds numerous degrees and honourary degrees, is currently a Professor of English at the University of Toronto. He came from Windsor, Nova Scotia, born in 1960.

Professor Clarke held our attention for two hours reading from his books, ‘Canticles 1 and 2’. His final poem referred to a visit by Duke Ellington to Africville, which was a small community located in the southern shore of Bedford Basin, in Halifax, Nova Scotia, from the early 1800s to the 1960s. Duke Ellington visited his in-laws there, the parents of his second wife, Mildred Dixon. Professor Clarke read his poem as if he was playing a musical instrument.

Also, he read from 2 of his anthologies, ‘Fire on the Water’, an anthology of black Nova Scotian writing and ‘Eyeing the North Star’, an anthology mixing prose, poetry and drama, and including the works of established writers and new voices, writing in English as well as French. Professor Clarke gave us background to the poems and the poets. One poem from the Anthology related to the arrest of a young black girl for jaywalking.
He expressed his feelings particularly about the treatment of the black community by the police.

Kennedy Marshall, from the Talks Committee, thanked our speaker.